Safety
Adverse events and cutaneous safety and tolerability for the overall pooled population have been reported previously.19 In this post hoc analysis, in the 10-13 year and 14-17-year age groups, TEAEs were reported in 27.7% and 22.9% of tazarotene-treated patients versus 19.1% and 22.4% in vehicle-treated patients (Table 2). No treatment-related SAEs were reported in either age group. No TEAEs in the overall pediatric population occurred in more than 5% of patients. The most common TEAEs (>2% of the tazarotene-treated pediatric population [n=340]) were at the ap- 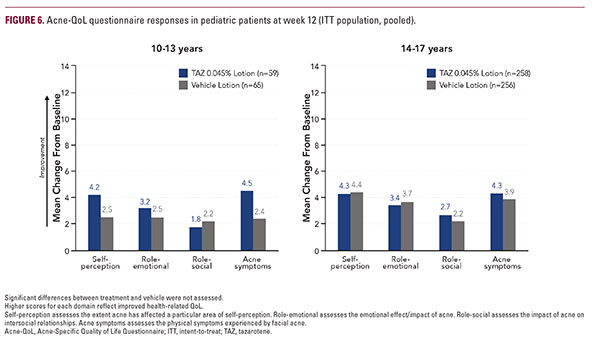