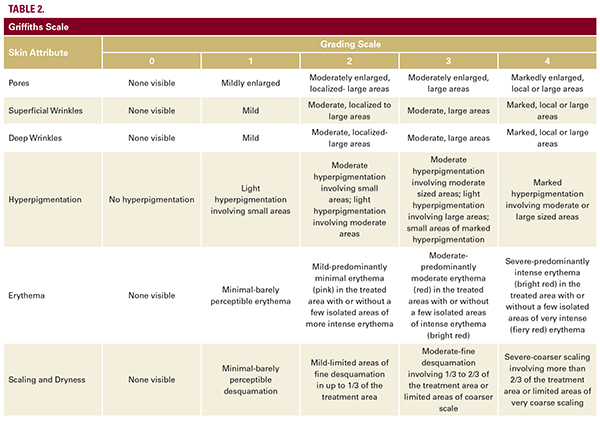 We have used the original scale described by Griffiths.22 Specific skin attributes are shown in Table 2.

The histopathological analysis revealed an increase of the epidermal thickness in all four participants of the FFG assigned for skin biopsy and less or no increase in the PG. The increase in epidermal thickness in the FFG was 0.09±0.02 mm (average) vs 0.02±0.03 mm in the PG (P=0.027; Figure 4A, B, C). The regimen did not appear to cause inflammation, as was seen in the histopathology analysis via lack of inflammatory cells and absence of spongiosis in FFG (also none seen in PG; Figure 4D). The microscopic lack of inflammation was