A total of 96 patients were included in the ERIVANCE efficacy analysis (63 with laBCC and 33 with mBCC), who were 61% male with median age of 62 years.14 Eight patients with laBCC were excluded from the efficacy analysis because the diagnosis was not confirmed by an independent pathologist; these patients were included in the overall population. At 39 months, 8 (8%) patients remained on study treatment; the most common reason for discontinuation was disease progression, seen in 28 (28%) patients.12 The ERIVANCE final analysis reported investigator-assessed ORR of 60% and 49%, including CR of 32% and 0%, for patients with laBCC and mBCC, respectively (Table 2 and Figure 1).12 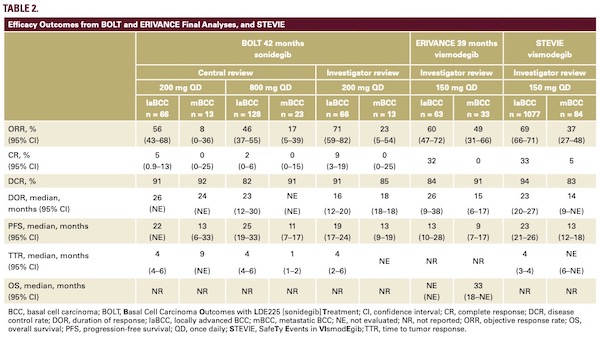 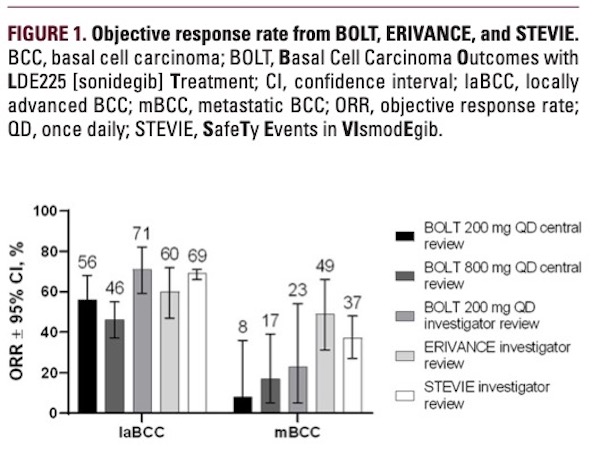