Abstract
Biologics are a mainstay of treatment for many dermatologic conditions, however the high costs can be prohibitive for many patients. A growing market of biosimilar drugs is emerging with the hope of providing patients access to more affordable medications. While the FDA has created an abbreviated licensure pathway for these drugs, states are still in the process of creating regulations regarding their substitution for reference biologics. This article looks to raise awareness of the current federal regulations and the differences among state regulations regarding the use of biosimilars. Fifty percent of states have passed legislation regarding procedures for substitution of biosimilars in the pharmacy. All states require biosimilars to have FDA-approved â€œinterchangeableâ€ status, however states vary on other requirements such as: prescriber and patient notification, pharmaceutical record keeping, publicly-accessible list of interchangeable products, and cost regulations. Some of the issues surrounding biosimilar regulation include difficulty obtaining interchangeability status from the FDA, resistance to the physician notification requirement, and concern for traceability of adverse reactions. Physicians must be aware of current federal and state regulations regarding biosimilars and help inform policy makers of the potential benefits and shortcoming of biosimilar legislation. 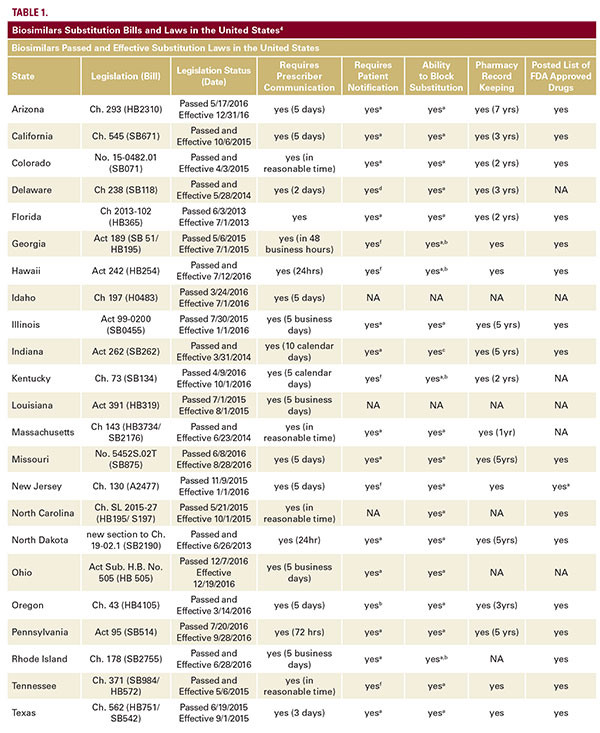