The Continued Evolution of Drugs for Psoriasis 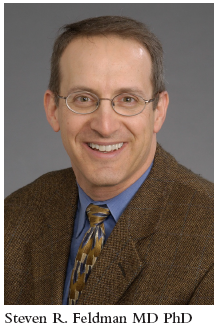 Within the world of medical dermatology, the treatment of psoriasis remains a central focus of investigation and innovation. While we have an array of topical, oral, and parenteral treatments already, continued developments are taking place in all these areas. Our understanding of existing treatments is being extended even while new treatments are being developed.
While topical corticosteroid preparationsâ€”including products formulated in newer, less messy vehiclesâ€”are the primary treatment for psoriasis, non-steroidal agents have an important role. Two studies presented in this issue examine the use of topical vitamin D. One of these studies compared topical calcipotriene to topical tar plus salicylic acid, finding that topical vitamin D was more effective and faster acting than tar/salicylic acid. The other study examined how topical vitamin D is being used in the United States, examining nationally representative data from the years 1994 to 2010. Dermatologists prescribed a vitamin D product at about 20% of psoriasis visits, while topical corticosteroids were prescribed at more than 60% of psoriasis visits. The findings suggest that vitamin D products may not be being utilized to their fullest potential.
Another study of topical treatment for psoriasis examined the use of a 20% alpha-hydroxy/polyhydroxy acid cream to reduce scaling of lesions associated with psoriasis. Both 20% alpha-hydroxy/polyhydroxy acid emollient and 6% salicylic acid cream reduced scaling of psoriatic lesions, but the topical 20% alpha-hydroxy/polyhydroxyacid reduced scaling at a faster rate. Such adjunctive therapy may be beneficial for some patients with psoriasis, but we need to be careful not to make treatment regimens too complicated, as that may discourage adherence, reducing patientsâ€™ use of their treatments. Adding another treatment doesnâ€™t always increase effectiveness; it can reduce effectiveness by reducing compliance.
One of the most exciting recent developments in psoriasis has been work on new oral agents. Oral tofacitinib has been approved for rheumatoid arthritis and potentially could be prescribed off label for psoriasis now. Apremilast, an oral phosphodiesterase inhibitor, is currently under development for psoriasis. In a small study of 30 patients reported here, 67% of patients treated with apremilast had at least a 1-point improvement in static Physicianâ€™s Global Assessment, and most adverse events associated with the treatment were mild. This drug may help fill a huge hole in psoriasis treatment: patientsâ€™ desire for a safe, oral treatment for the disease.
Psoriasis is associated with an increased risk of cardiovascular disease, presumably caused by the systemic inflammatory burden of psoriasis. One of the greatest areas for excitement in psoriasis treatment is to develop an understanding of whether our psoriasis treatments will reduce the elevated cardiovascular risk faced by patients with psoriasis, particularly among patients with more severe psoriasis. A very exciting retrospective analysis of a large health plan database is reported here. Treatment with etanercept, was associated with a statistically significant decreased risk of myocardial infarction in psoriasis patients compared to patients treated with just topical treatment. Other TNF inhibitors showed an even greater reduction in risk, though that difference was not statistically significant (perhaps because there were fewer patients treated with the other TNF inhibitors as compared to the number treated with etanercept).
Typically, clinical trials of new treatments for psoriasis compare the effect of drug to placebo, under tightly controlled conditions, in highly select patient populations. It would be very helpful to know how effective psoriasis treatments are in real life clinical practice, in real life patient populations, and how various treatments compare to each other. A study reported here compared the efficacy of biologic treatments to non-biologic systemic treatment in actual clinical practice. Although patients treated with biologics had worse disease initially (and had been treated with more other past treatments), the biologics also showed greater efficacy than the non-biological systemic therapies had.