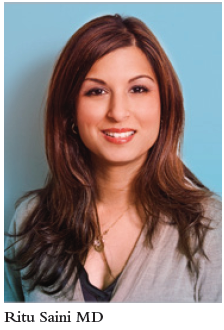 This year is a monumental one for the Journal of Drugs in Dermatology (JDD) as it celebrates its tenth year anniversary. I remember receiving the JDD as a resident, first becoming involved in its development as a fellow, and following its evolution as a practicing dermatologist. Now, some years later, I have been asked to serve as guest editor for this year's Special Topics in Skin Cancer issue by its founder, and my mentor, Dr. Perry Robins, and it is truly an honor.
Skin cancer is the most common cancer and the rate at which it is increasing per year in staggering, with more than two million Americans being diagnosed annually. There are thirteen million Americans living with basal cell or squamous cell carcinoma while 800,000 have melanoma. Even more alarming is that the incidence of melanoma continues to rise and it is the most common form of cancer for adults 25-29 years old and the second most common form of cancer for those 15-29 years old. The silver lining amongst these grim statistics is that the survival rate for melanoma patients who were detected and treated early approaches 99%. During my fellowship, I not only trained in Mohs surgery, I also learned the importance of educating patients on the simple fact that unlike other cancers, skin cancer is preventable and even curable in the vast majority of cases, if detected early.
The articles featured in this issue demonstrate this multi-faceted and complex nature of skin cancer. It is important to not only publish about its treatment and management, but also its prevention and early detection, especially in certain communities in which it may go largely under recognized, such as in the Hispanic population.
Keeping in the line of thinking of prevention, we must also consider the treatment of actinic keratosis if we are going to fight the battle against skin cancer. Actinic keratosis is the most common pre cancerous lesion affecting 58 million Americans. It is thought that approximately 65 percent of all squamous cell carcinomas arise in lesions that were diagnosed previouly as actinic keratoses.
Although surgical methods remain the gold standard for skin cancer, and liquid nitrogen for pre-cancers, it is becoming increasingly clear that we need non-surgical treatment to reach a diverse, perhaps more cosmetically discerning patient population. Treatments involving topical chemotherapies, such as imiquimod, 5-Fluorocil, and ingenol mebutate gel and light-based treatments such as photodynamic therapy using aminolevilinic acid and methyl aminolevulinate are becoming more and more abundant in the dermatology literature. Many of these therapies are utilized regularly and more frequently by our European colleagues, particularly for the treatment of skin cancers. This issue touches on these non surgical modalities that we possess in our armamentarium. Further studies are still necessary to determine optimal treatment parameters and protocols, however, it appears evident that these modalities are on the heels of surgical treatments in gaining widespread acceptance in the United States.