Abstract
Resident Rounds is a section of the JDD dedicated to highlighting various dermatology departments with residency training programs. Resident Rounds includes three sections: (1) a program spotlight, highlighting pertinent information about the department and residency training program; (2) a section presenting study materials used by residents at the program; and (3) a section designed to highlight recent interesting cases seen at the institution. This issue of Resident Rounds features the Howard University Hospital Department of Dermatology and Residency Program. The editor of Resident Rounds is Omar A. Ibrahimi MD PhD. He is currently the Director of Cutaneous Laser and Cosmetic Surgery and a Mohs surgeon at the University of Connecticut. Dr. Ibrahimi is also a Visiting Scientist at the Wellman Center for Photomedicine at Massachusetts General Hospital/Harvard Medical School. If you are interested in highlighting your training program in a future issue, please contact Dr. Ibrahimi at OIbrahimi@jddonline.com.
Howard University Hospital began as Freedmen's Hospital and Asylum in 1862, caring for freed and disabled blacks. In 1863, it was placed under Dr. Alexander Augusta, the first African-American to head a hospital. After the Civil War, it became the teaching hospital of Howard University College of Medicine while remaining under federal control. Early in the 20th century, Congress authorized the construction of a new hospital, which was completed in 1909. In 1975, Freedmen's Hospital moved to occupy a newly built structure and changed its name to Howard University Hospital.
The division of dermatology at Freedmen's Hospital began with Henry Honeyman Hazen MD, who conducted weekly dermatology clinics beginning in 1906. He retired in 1944 and his responsibilities were turned over to Dr. Charles Wendell Freeman, formerly chief assistant to Dr. Hazen in the dermatology clinics. By 1961, Dr. John A. Kenney, Jr., a graduate of Howard University College of Medicine, joined Freedmen's Hospital and became the chief of the division two years later, serving for 12 years as chief of the division and 5 years as founding chairman of the department.
During his tenure, Dr. Kenney established a dermatology residency program (1962), achieved departmental status (1975), and developed a dermatology research laboratory. Because of Dr. Kenney's prominence in the field, many colleagues referred to him as the “dean of black dermatology.” He is also considered a founder of the field of ethnic dermatology. Dr. Kenney retired as chairman in 1980, being succeeded by Dr. Harold Minus, who served until 1992. Dr. Rebat Halder became chairman in 1992 and is the current chairman of the department. Under Dr. Halder's leadership, an Ethnic Skin Research Institute was established in 1999 and there have been at least 8 clinical research fellows spanning a 20-year period. Research during that period has included the genetics of vitiligo, surgical treat- 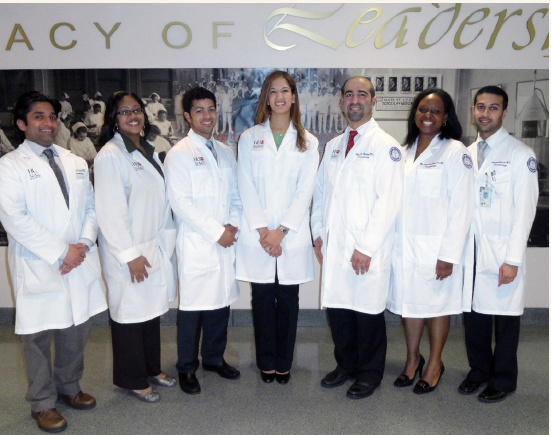