Psoriasis and Leprosy are Teaching Us T-Cell Plasticity 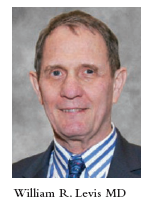 The August issue of JDD and this October issue are both dedicated to psoriasis, a cutaneous disorder teaching us the human immune system and the molecular biology of the epidermis. Steve Feldman wrote the August editorial pointing out how vitamin D is under utilized in the treatment of psoriasis especially in conjunction with high potency steroids. Keratinocyte hyper proliferation, aberrant keratinocyte differentiation, angiogenisis, inflammation, and infiltrating immune cells are hallmarks of psoriasis. While the precise mechanism underlying the therapeutic effect of vitamin D analogs in psoriasis is not completely understood, vitamin D is known to have a normalizing effect on skin cells, promoting keratinocyte differentiation and inhibiting hyper proliferation, reestablishing epidermal barrier function. In addition, vitamin D has an immunomodulatory effect, inhibiting activation of T cells and inducing the generation of CD25/CD4 positive regulatory T cells, inhibiting IFNγ, IL-8, IL-17, and IL-22 expression, and stimulating IL-4, IL-5, IL-10, and IL-13. Several large clinical trials have demonstrated improved efficacy and safety of the combination of vitamin D and corticosteroid over mono treatments and there is a clear scientific rationale for synergy combining the two very complementary therapies.1,2 Feldman also identified two new oral agents that affect the T cell and while not yet FDA approved for psoriasis both Apremalist and Xeljanz are showing promise. Vitamin D is in the class of nuclear receptors that include RORgT known to be critical for the induction of the TH17 class of lymphocytes identified in the immunopathogenesis of psoriasis,3 leprosy,4 and another T-cell disorder similar to multiple sclerosis, EAE.5 Th17 was reduced in the central nervous system of EAE with the single dose of calcitriol/Vitamin D in addition to the increase in Helios/FoxP3/Tregs.5 The Th17 lymphocytes represent an unstable phenotype that is in Ying/Yang with Tregs and the FoxP3 nuclear receptor.6 In the leprosy model, Liu et al.7 have found that microRNA-21 down regulates IFNγ induced IL12a, which allows M. leprae to escape TLR 1 and 2 induced anti-microbial peptides.7 MicroRNA-21 is high in most cancers and in psoriasis and low in the tuberculoid form of leprosy associated with an epidermal proliferation similar to psoriasis.8 Tregs in psoriasis show a reduced number, function, and migration.9 This functional analysis of Tregs in psoriasis coupled with advances in our understanding of microRNA regulation of Treg plasticity10 and microRNA profiling of psoriasis where both microRNA-31 that down regulate FoxP3 and microRNA-21 that up regulate FoxP3 are abundant.11 The leprosy and psoriasis models favor the hypothesis of complete plasticity of Tregs. Tregs are capable of differentiating into any class of lymphocyte including Th1, Th2, Th17, Th22, Th9 and still undiscovered T cell subsets, although this model is controversial and needs further study.12 In a future issue, we plan to further explore the epigenetics of Th1 psoriasis and microRNA regulation of T-cell subsets in skin diseases including leprosy and Th2 atopic dermatitis.

The authors have no conflicts to disclose.