Determination of Sample Size
To detect AEs at least once per group with an incidence rate of 3% with a probability of approximately 80%, a sample size of 53 subjects per group was necessary. Assuming an exponential distribution, a median duration of effect of 3 months and a censoring rate of 5%, a minimum of 55 subjects per group, were needed to obtain a precision of 1.1 months with 80% probability and a precision of 1.5 months with 90% probability. In total, approximately 60 subjects per dose group (20U: 30 subjects in both Stage 1 and 2) were deemed necessary. 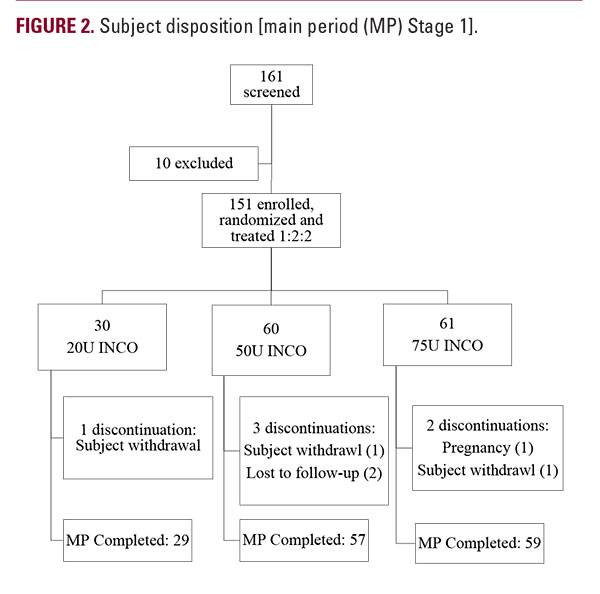 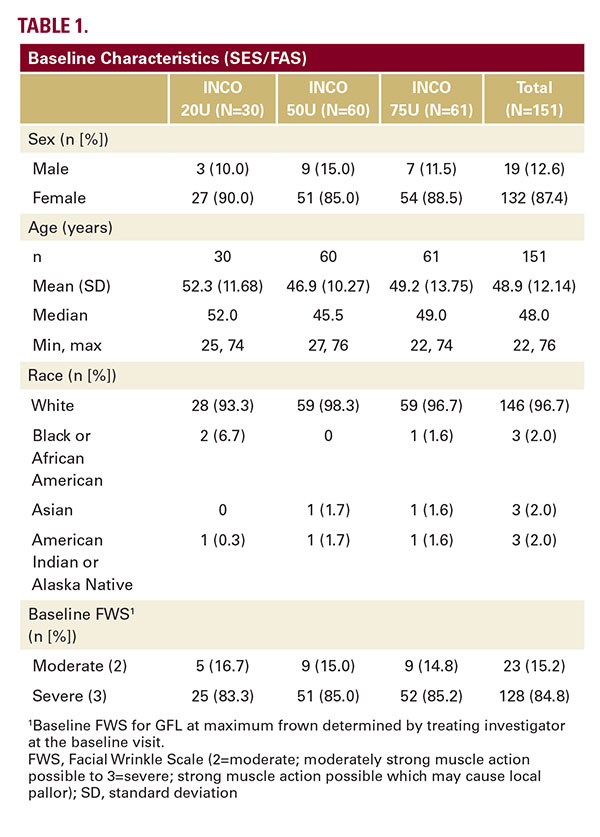 Participants
In Stage 1, a total of 161 subjects were screened at 4 sites in Germany and 5 sites in the US, with 151 subjects randomized to receive either 20U (N=30), 50U (N=60) or 75U (N=61) INCO (Figure 2). Six subjects discontinued prior to day 180; all 151 randomized subjects were included in the SES and the FAS according to the intention-to-treat principle. Subject demographics and baseline severity of the GFL were similar for all dose groups. The majority of subjects (N=128, 84.8%) had a baseline score of severe (Table 1).