The Study of Skin of Color in Dermatology 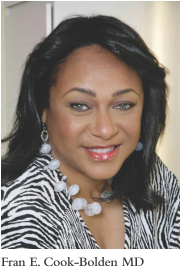 The study of Cosmetic Surgery in Skin of Color has been described as an evolving field.1 The same holds true for the study of Dermatology in Skin of Color as a whole, including medical dermatology. An examination of the literature, population statistics, and our current practice demographics, make crystal clear the need and urgency to become clinically competent in the diagnosis and treatment of Skin of Color. There is a fundamental need to develop a level of mastery, not only of the obvious differences, which must be considered when caring for patients with Skin of Color, but also the nuances that can have a profound impact on treatment outcomes in these patient populations.
According to 2010 data collected by the United States Census Bureau, despite the fact that persons of color comprised slightly over a third of the U.S. population in 2010, between the years 2000 and 2010, both the Hispanic and Asian populations increased by 43%, African Americans or Blacks by 12%, and Whites by only 1% (exhibiting the smallest percentage growth). The total U.S. population of non-Hispanic Whites went from 69% of the total U.S. population to 64% of the total U.S. population.2 It is predict- ed that in slightly under a half century, the ethnic population will have increased from one quarter of the overall U.S. population, to one half of the U.S. population.3,4 When reviewing the data on combination race reporting, the growth is even more dramatic and widely varied amongst racial-ethnic groups.2
Persons with Skin of Color are often classified as having Fitzpatrick's Skin Types III-VI and constitute the majority of the global population. They include Hispanics, Latinos, Africans, African-Americans, Caribbeans, Native-Americans, Pacific Islanders, East Indians, Pakistanis, Eskimos, Koreans, Chinese, Taiwanese, Vietnamese, Filipinos, Japanese, Thai, Cambodians, Malaysians, Indonesians, and Aleuts.1 However, when considering the increasing popularity of intermarriage (interracial marriage or mixed- race marriages), persons with Skin Type II have recently been included. About 15% of all new marriages in the U.S. in 2010 were between spouses of a different race or ethnicity from one another, more than double the share in 1980 (6.7%). Looking at all married couples in 2010, regardless of when they married, the share of intermarriages reached an all-time high of 8.4% as compared to 3.2% in 1980.5 This is a variation of the theme of the "melting pot", a blending of peoples or cultures or alternatively, the "mosaic" or "salad bowl" in which different cultures mix, but remain distinct.6 Gone are the days when one can tell another's ethnicity solely on the basis of phenotypic expression, ie, clinical appearance. These statistics certainly impact all aspects of the practice of Dermatology.