Message from the Guest Editor 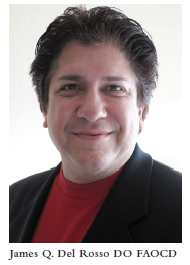 This marks the halfway point of 2012, and has anything you have read or any presentation you have attended changed the way you manage patients with acne or rosacea? If so, have you noticed improved outcomes? If you have not made changes, is it because there has not been new information that would stimulate you to alter how you educate patients about the disease, alter the agents you chose, or change how you use various therapies in combination? In this Acne and Rosacea special topic issue, we worked hard to achieve two main objectives-- to provoke thought on pathogenic factors and how they influence therapy selection and overall patient management of these facial dermatoses, and to provide current information from clinical research and the literature. In this message, I will outline some new considerations I believe are very clinically relevant. According to 2010 data from the US Census Bureau, despite the fact that persons of color comprised slightly over a third of the US population in 2010, between 2000 and 2010, both the Hispanic and Asian populations increased by 43%, African-Americans or Blacks by 12%, and Whites by only 1% (exhibiting the smallest percentage growth). The total US population of non-Hispanic Whites went from 69% to 64%.2 It is predicted that in under a half century, the ethnic population will have increased from one quarter of the population, to one half.3,4 When reviewing the data on combination race reporting, the growth is even more dramatic and widely varied among racial ethnic groups.2
The Expanding Age Range of Patients With Acne
Although the majority of acne patients we see in clinical practice are teens, many more acne patients are either pre-teens or past their teenage years. In the latter group, post-adolescent acne in women is recognized as a common scenario in clinical practice with many experiencing acne for the first time or only having had mild acne during the teenage years.1-4 These clinical scenarios sometimes present unique management challenges as the range of clinical considerations is more broad, and data on therapies in these pre-teen and post-teen patient populations are often limited. In addition, in late-onset acne, classically defined as acne starting in women > age 25 years, many cases exhibit what has been described as a hormonal pattern with presence of inflammatory acne lesions on the lower cheeks, jawline, and lateral neck that are fairly monomorphic in quality and are sometimes tender or painful. In addition, few to no comedonal lesions are present.5,6 It is not clear whether the pathogenesis of acne lesions and/or pathophysiologic events in adult female patients with "hormonal pattern acne" is the same as acne that emerges earlier in life.
On the other end of the spectrum, due to earlier onset of adrenarche, especially in girls, it is not uncommon to see acne developing as early as age 9 or 10 without presence of any underlying endocrinologic disorder.7-9 Therefore, clinicians must expand their approach across a broader age range than we have been used to in the past, as we encounter such cases on a much more consistent basis.
Rethinking the Pathogenesis of Acne Vulgaris
For decades, we have been taught that the microcomedo is the initial lesion of acne. Interestingly, over the past decade, research supports the role of pre-lesional inflammation characteristic of an innate immune response (ie, CD4+ lymphocytes and macrophages) prior to follicular hyperkeratosis and also before subsequent neutrophilic infiltration.10,11 Increased sebum production and follicular proliferation of Propionibacterium acnes are early contributors to promoting inflammatory cascades, however the initial step is essentially the "setting up of a GPS system" whereby otherwise naïve lymphocytes are directed by vascular adhesion molecules allowing for the trafficking of these cells directed at individual follicular units destined to form acne lesions. At this point, the overlying skin is visibly normal although pre-lesional inflammation is in-progress beneath. What this means is that it is best that we avoid use of the designation 'non-inflammatory acne lesion'. Rather, there are comedonal lesions that are visibly non-inflamed despite the presence of underlying histologic inflammation and inflammatory lesions that present visibly as red papules, pustules, or nodules.
On the other end of the spectrum, as inflammatory lesions flatten, they typically resolve leaving persistent red or pink macules in light skin or brown macules in darker skin. This latter scenario is commonly referred to as post-inflammatory hyperpigmentation, a designation that is not only a misnomer, but is also misleading in a manner that may fool the clinician into altering therapy in a way that is not optimal to control persistent inflammation. When an inflammatory lesion flattens, the resultant macular dyschromia, whether it be red or brown, is not post-inflammatory. More appropriate terms, at least for the first few months after inflammatory lesions flatten, would be persistent inflammatory erythema (PIE) in fair skin, and persistent inflammatory hyperpigmentation in darker skin. A major reason for this persis-