Abstract
common cause of depigmentation worldwide is vitiligo. This disorder affects 1-2% of the worldâ€™s population and is seen in all races. Vitiligo is an autoimmune disorder in which the predominant cause is an attack by CD8+ cytotoxic T cells on melanocytes in the epidermis. This condition can have a significant negative impact on the quality of life of affected individuals. Treatment options currently include psychological counseling, topical therapy, systemic therapy, phototherapy, surgical therapy, and depigmentation. In patients with stable, refractory disease, successful repigmentation has been achieved using mini-punch grafting, blister grafting, and non-cultured epidermal suspension (NCES) grafting. Emerging therapies include the Janus kinase (JAK) inhibitors ruxolitinib and tofacitinib. Further studies exploring the pathogenesis of vitiligo are warranted in order to optimize treatment for affected patients. J Drugs Dermatol. 2019;18(3 Suppl):s115-116. 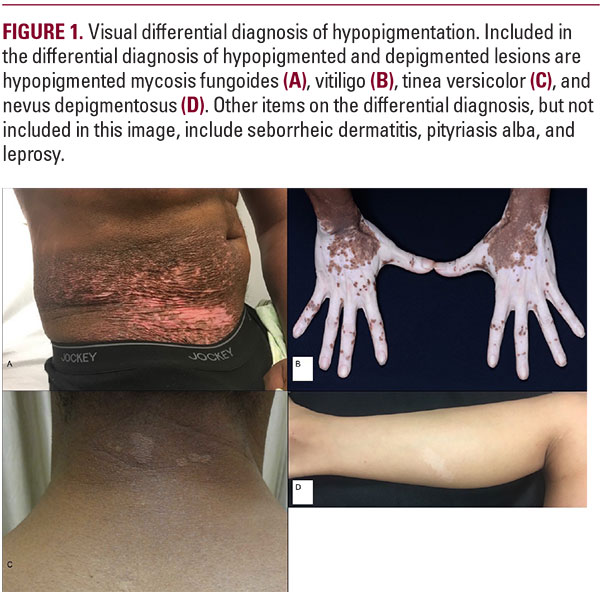