as possible and likely be driven by the most severe element.9 Optimal therapy for patients with PsA as a complication of psoriasis should demonstrate efficacy in skin, peripheral joints (eg, arthritis, enthesitis, dactylitis), and the axial skeleton (including sacroiliitis) when those features are present.10,11

Efficacy of Traditional Systemic Medications
Historically, methotrexate (MTX), cyclosporine, and acitretin have been commonly used to treat extensive psoriasis that is unresponsive to topical therapy and/or phototherapy.12 MTX has been prescribed for over 50 years and is still used by itself and alongside biologic agents, particularly TNF inhibitors (TNFis),8,12 although the appropriateness of its use becomes a question given the availability of potentially less toxic drugs. In patients who have PsA as a complication of psoriasis, traditional nonbiologic treatment options include 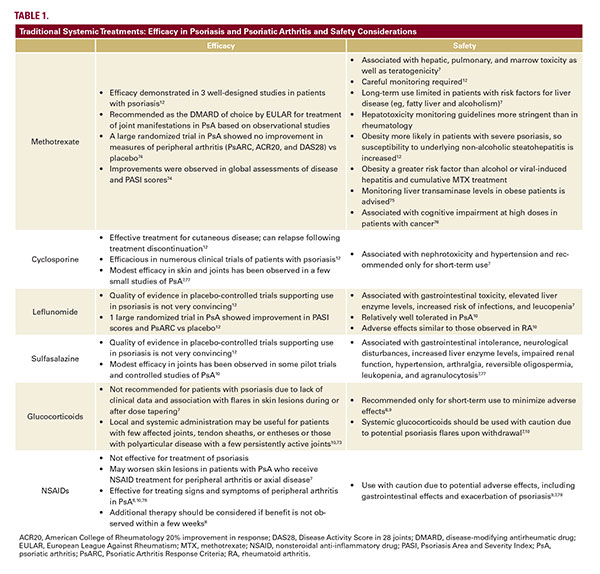