Three spots on the dorsum of the right foot were considered as test spots. Each spot measured approximately 1 cm x 1 cm. These spots were imaged using dynamic OCT to identify dilated vessels and visualize blood flow at different skin depths. The sites were then treated with a 585-nanometer PDL with the energy set to 3.5 J/cm2, 4.5 J/cm2, and 5.5 J/cm2, respectively. A spot size of 10 mm was used due to the large size of the lesions, with a 0.5 ms pulse duration. The patient tolerated the procedure well. Post treatment instructions included sun avoidance and sunscreen use (SPF >30) on the treated areas. The use of gabapentin was unaltered. The patient returned for evaluation 4 weeks later. OCT demonstrated the most substantial decrease in blood flow and number of dilated vessels on the test spot treated with a fluence of 5.5 J/cm2. This result was also evident on visual inspection when comparing the 3 test spots.

The patient returned for the treatment of 3 additional area. Each area was treated once, each 1 month apart (Figure 1).
Fluence levels ranged from 4.5 J/cm2 to 5.5 J/cm2 depending on the location of the lesion, with a spot size of 10 mm and pulse duration of 0.5 ms. The results were documented photographically both before and at 1 month follow-up. As seen in Figures 2a and 2b, near 100% clearance was achieved 1 month after the single treatment with no adverse effects reported. OCT imaging was also employed to compare blood flow of the lesion both before and one month after treatment, as shown in Figure 3. Blood flow data from OCT confirmed effective clearance. An evident drop in blood flow was seen at all measured depths after laser therapy. The highest blood flow was seen at a depth of 0.35 mm both before and after treatment. These data are reported in Figure 4.

Although sclerotherapy remains the first-line treatment for leg telangiectasias, laser treatment is a promising alternative for those with contraindications, inadequate response, or intolerable side effects such as purpura and hyperpigmentation.4 The use of PDL on lower extremity telangiectasias dates was originally reported in the 1990s; and some consensus had been reached based on previous studies and reports. For example, a shorter wavelength PDL of <600 nm has been recognized to yield the best results for facial telangiectasia because it is more efficacious in treating superficial vessels of small caliber, with diameters no larger than 1.0 mm.4-6 Treatment of telangiectasia of the lower extremities, however, involves vessels that are often larger in size and deeper beneath the thicker adventitial tissues and basal lamina, in addition to smaller more superficial vessels, thus making treatment with a single laser difficult.4,6 Shorter wavelength (<600 nm) modalities such as KTP and LPDL have been reported to be most effective for narrow veins (<1 mm), while longer wavelength modalities such as alexandrite, 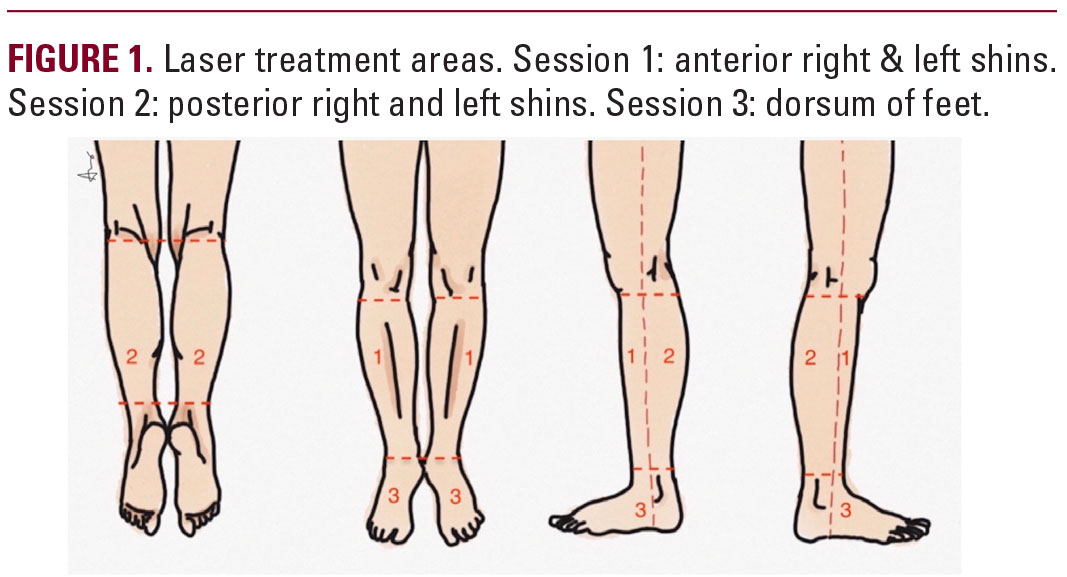 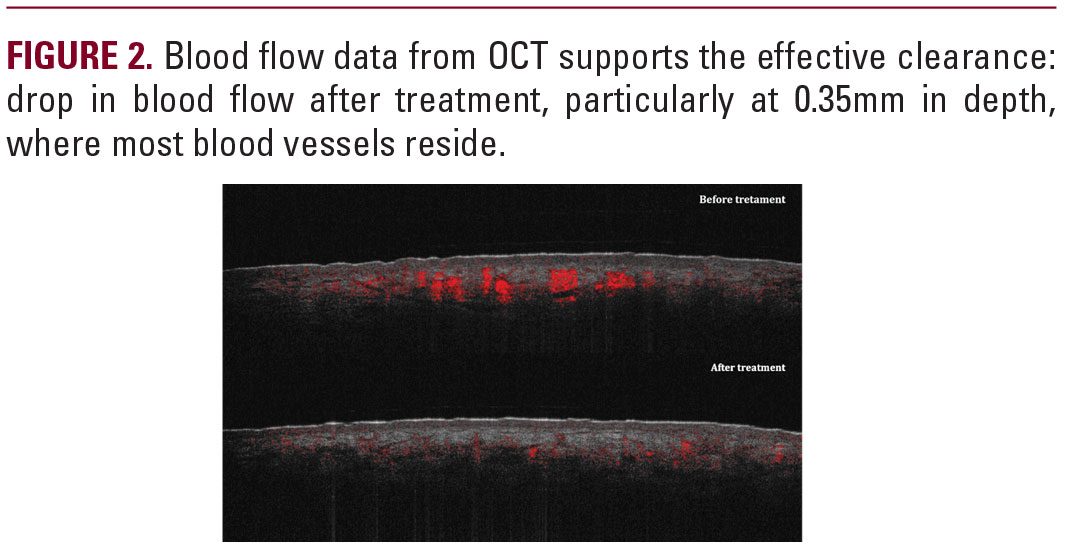 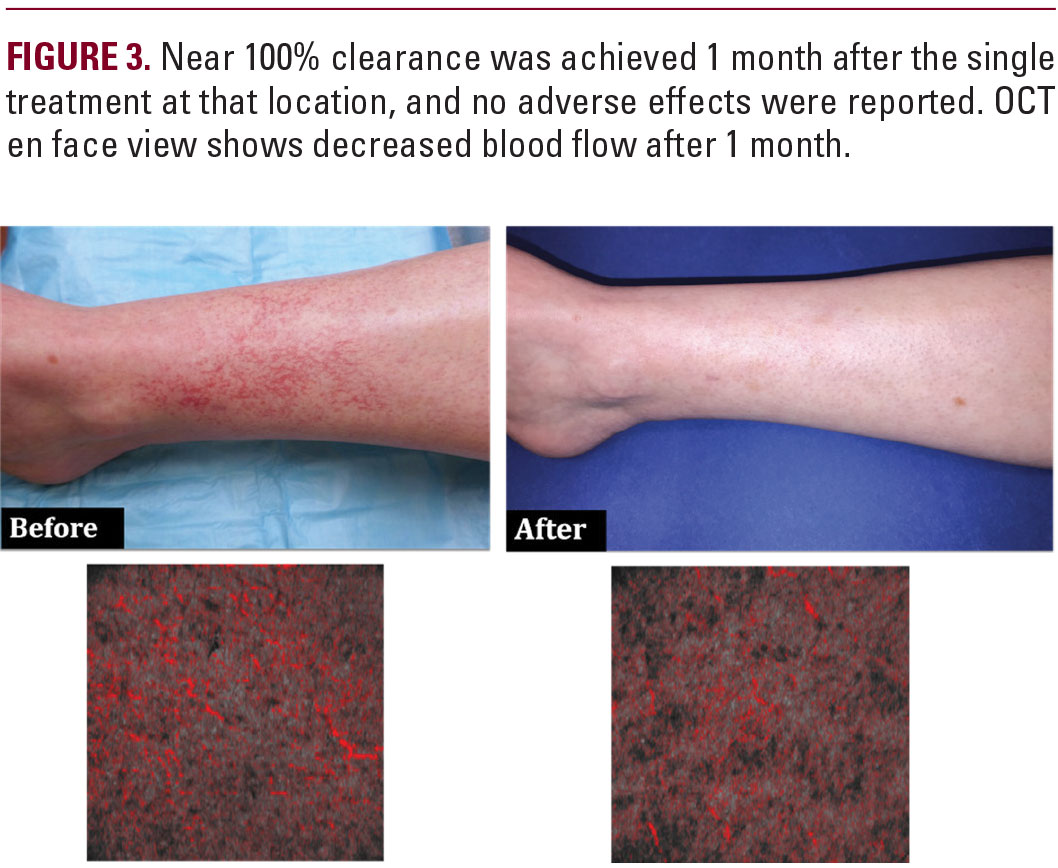 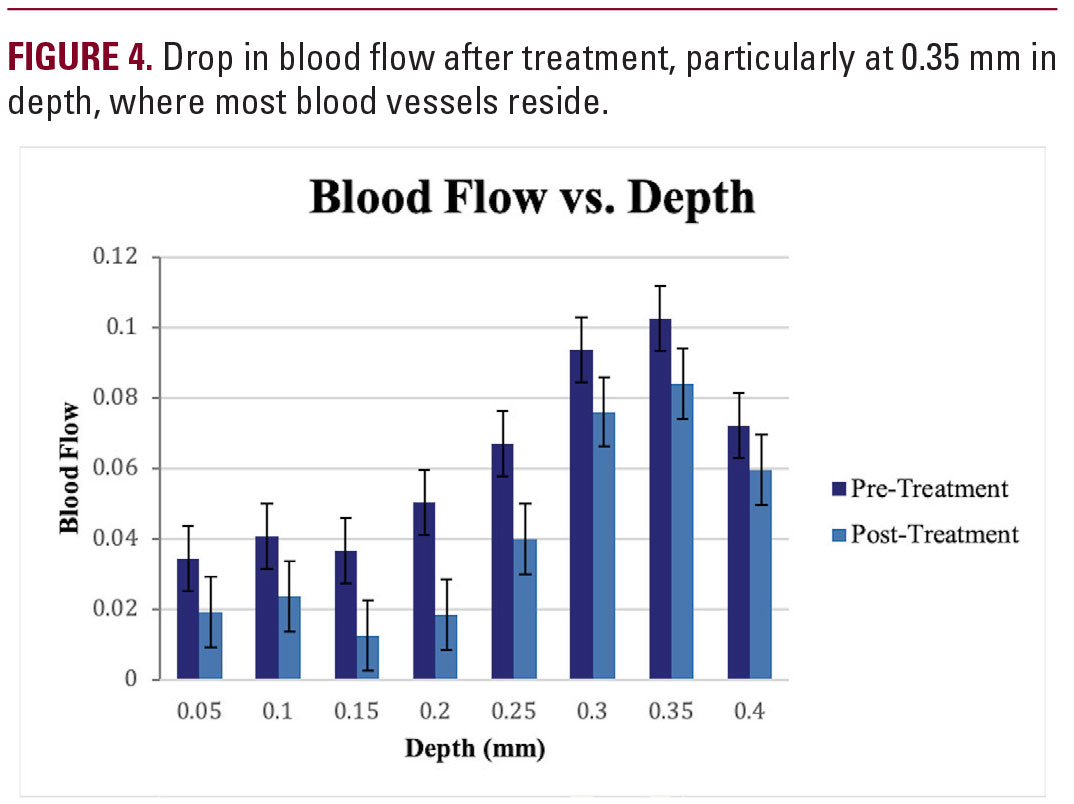