We developed an anonymous, online survey to investigate dermatology practice characteristics relevant to LGBT patients. IRB approval was obtained prior to distributing the survey via a listserv of board-certified dermatologists available on the American Academy of Dermatology's website. Bivariate associations were explored using Monte Carlo estimation for the Fisher’s exact test and chi-square. Multivariable logistic regression was performed to evaluate the associations between provider demographic, practice variables, and likelihood of routine patient intake form use.

Limitations of our study include the small sample size, low response rate, and risk of response bias. Private practice dermatologists were also overrepresented in our sample. Nonetheless, we believe our data suggest the need for greater investigation of this issue and validation of our results with larger, more highly controlled studies. 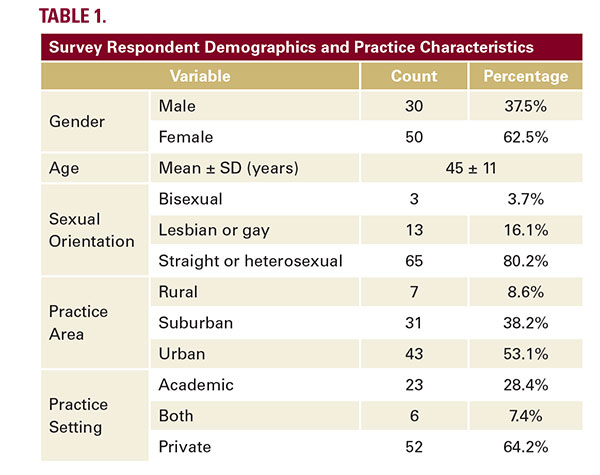