There have been increasing reports of paradoxical inflammatory reactions induced by TNF-Î± inhibitors.1 Clinically, cutaneous reactions induced by TNF-Î± inhibitors are variable and have been described as lichenoid, psoriasiform, or a combination, though histopathology in all cases is overwhelmingly characterized by a lichenoid interface dermatitis (LID), a distinct inflammatory pattern characterized by keratinocyte damage along the basal layer of the epidermis.2 In other words, the clinical presentation in patients on TNF-Î± blocking agents may not correlate with the expected histopathologic pattern in its native disease form (eg, plaque psoriasis is characterized by a classic psoriasiform pattern and not a lichenoid or interface infiltrate).3,4 We herein describe a patient to illustrate this unique diagnostic challenge. 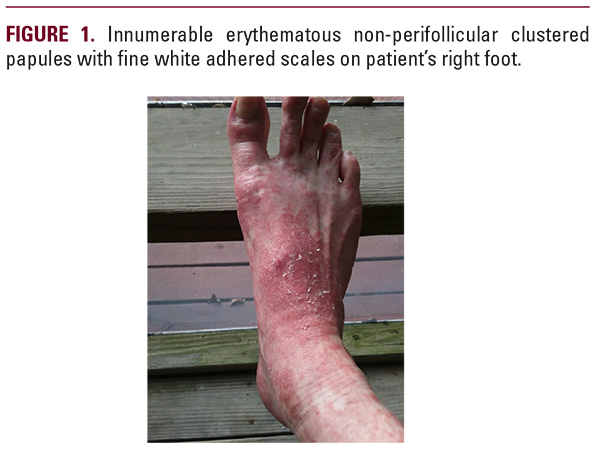