Melasmaâ€™s Impact on Quality of Life

not the symbolic perceptions of the patient).25 Furthermore, the original study reports that given the available study population demographics, information was not collected from ethnicities in which melasma is more prevalent.16 The scale has since been translated and validated in additional languages including Spanish, Brazilian Portuguese, French, and Turkish but more work still remains to be done.26 Specifically, melasma affects all skin types but occurs more commonly in darker skin types including East Asians (Japanese, Korean and Chinese), Indian, Pakistani, Middle Eastern, African, and Hispanic.6 One study in Washington DC surveyed 2000 black patients and showed that pigmentary disorders other than vitiligo were the third most commonly cited skin disorders.27 The most common problem among this subset of patients was post-inflammatory hyperpigmentation followed by melasma.6,27 Another study reviewed medical records of patients in New York City and found dyschromia including post-inflammatory hyperpigmentation and melasma to be the second most common diagnosis in black patients at 19.9%.28 Future health related QOL studies should include a diverse group of ethnicities in order to further elucidate the impact on QOL in the most commonly affected populations.

A recent pilot study by Jiang and colleagues notes that while studies have used MelasQOL to measure QOL in patients, not many studies have specifically measured the effect of melasma on self-esteem.29 According to Pollo and colleagues, the current MelasQOL potentially compromised instrument precision by using a smaller number of questions to represent psychological effects of melasma as it relates to self-esteem compared to its impact on social relationships, leisure, profession, and physical appearance.30 Having a scale that fully captures all of the QOL effects of melasma is not only important for clinical research, but it will serve as an asset to patients by validating the struggles that they endure regularly with this condition. Jiang et al suggests using a validated tool such as the Rosenberg scale (see Table 2) in a diverse population of patients with melasma.29 Physicians often use physical changes in skin condition to objectively evaluate response to treatment; however, physicians should consider more than just physical changes when evaluating the efficacy of their treatment methods. Of note, melasma severity index (MASI) scores did not correlate with the negative effects on HRQOL, suggesting that even a small amount of melasma can be significantly distressing to the patient.16,29 This only further emphasizes the need to enhance the MelasQOL to reflect these important factors.

Furthermore, updates made to the MelasQOL scale should include a response to treatment category. Pre and post therapy QoL must be assessed in clinical studies for melasma, especially considering that disease severity alone does not fully capture the concerns of the patient. One study noted an improvement in patients treated with serial glycolic acid peels every 3 weeks and 20% azaleic acid cream.31 Another pilot study reported patients had an improvement in QOL and more willingness to be in social situations, participate in outdoor activities, have a more positive outlook on life, and have an increase in self confidence after successful treatment with oral tranexamic acid and triple combination cream.29 Although there is no perfect “cure”, making an improvement is enough to make the patient feel significantly satisfied. In fact, Wilson et al found that subjects were significantly satisfied with approximately 50% improvement in facial hyperpigmentation and melasma after treatment with a 1927 nm diode laser with and without topical hydroquinone.32 This further emphasizes the idea that offering patients something has a positive effect on QOL versus doing nothing, which can feel discouraging and hopeless. 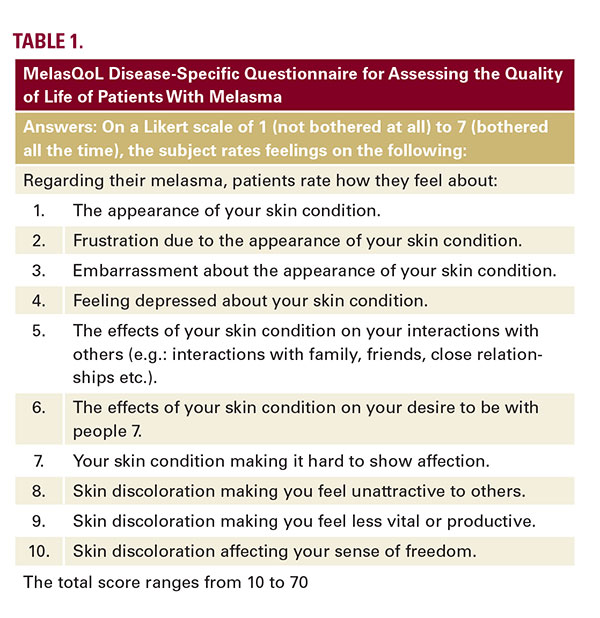 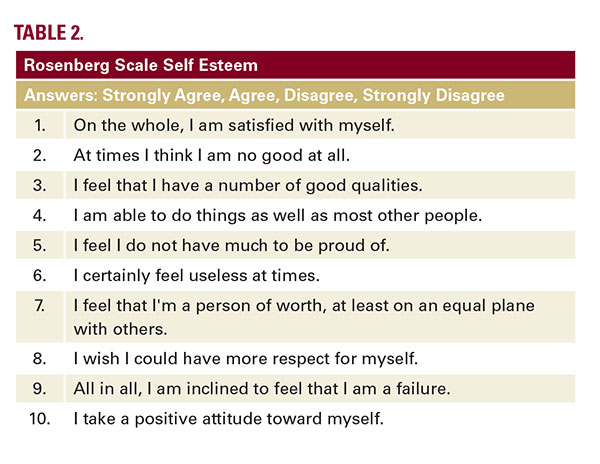