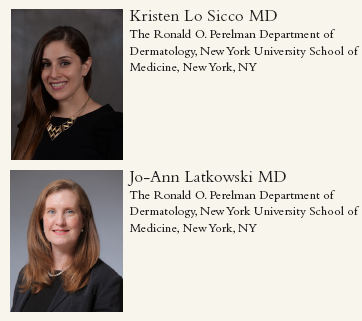 Mycosis fungoides (MF) is responsible for approximately half of all primary cutaneous lymphomas.1 Although rare, with an incidence of 0.4 per 1,000 Americans yearly, MF is the most common type of cutaneous T cell lymphoma (CTCL) and may cause significant morbidity and mortality.1,2 Although most commonly indolent, MF may progress to extracutaneous involvement in approximately 35% of patients.3 Treatment for MF is based upon the stage of disease. For early stage disease, skin-directed therapy is the treatment of choice. Skin-directed therapies include phototherapy, topical chemotherapy, topical or intralesional corticosteroids, and radiotherapy. For advanced stage disease, refractory early stage disease, transformed MF, and folliculotropic MF, systemic treatment is utilized.4

Mechlorethamine gel
For over 50 years, topical nitrogen mustard (mechlorethamine) has been used in various formulations to treat MF, including aqueous, ointment, and most recently, in a gel formulation (Valchlor). The US FDA approved Mechlorethamine gel in 2013 for stages IA and IB MF.5 It is an alkylating agent that is believed to exhibit its cytotoxicity via DNA cross-linking.5 A multicenter, randomized Phase II trial comparing mechlorethamine 0.02% gel to mechlorethamine 0.02% compounded ointment demonstrated that the gel formulation had slightly higher (59% gel vs 48% ointment) and quicker response rates (time to 50% response rate 26 weeks gel vs 42 weeks ointment).5 However, there was no difference in duration of response between the gel and ointment formulations of mechlorethamine. The gel formulation had a higher percentage of patients with cutaneous side effects (62% gel vs 50% ointment), most commonly irritation, erythema, and pruritus.5 Data regarding the risk of non melanoma skin cancer (NMSC) with the use of topical nitrogen mustard is conflicting however in the above trial, only 6 of the observed 20 NMSCs occurred in areas treated with the medication. 5
As Mechlorethamine gel is the only FDA approved formulation of topical nitrogen mustard, the dose is less variable compared to those that require compounding at local pharmacies. Currently, Valchlor is only available in a 60-gram tube and requires refrigeration. One tube is enough for daily application to 10% body surface area for one month.
Imiquimod
To date, no randomized clinical trials have been performed to determine the efficacy of imiquimod for the treatment of MF. However, there is evidence to support its use in early stages and recalcitrant lesions of MF. Imiquimod is a imidazoquinoline immunomodulator with both antiviral and antitumor activity that binds Toll-like receptors (TLR) 7 and 8, stimulating Th1 cytokines such as interferon (IFN)-α, IFN-γ, and interleukin (IL)-12.6 Additionally, it has also been shown to cause downregulation of antiapoptotic molecule bcl-2.6 In a small preliminary