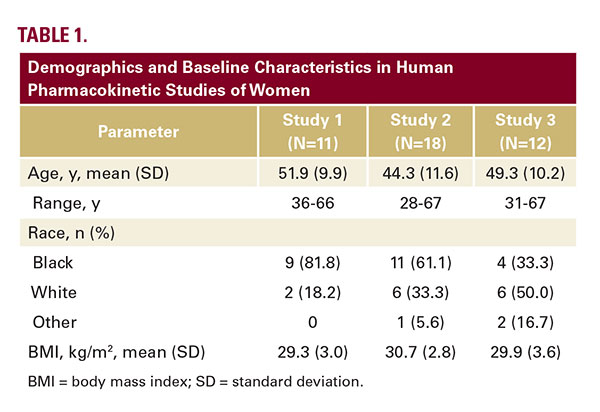 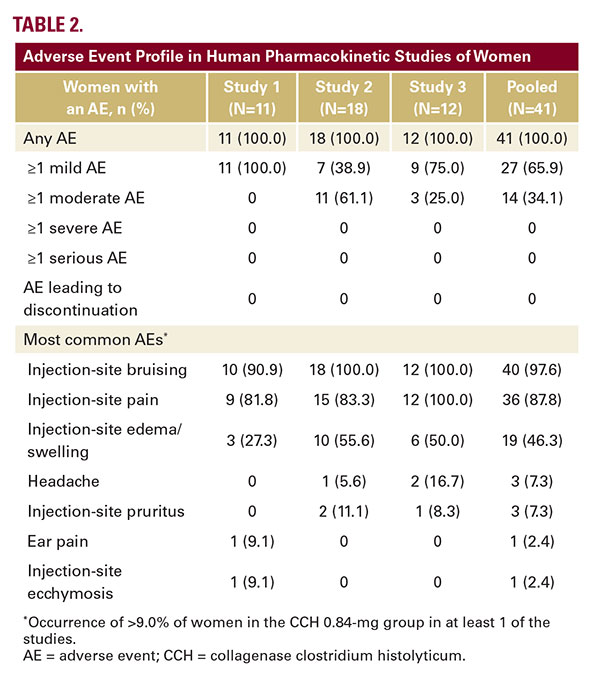 dose of IV CCH (0.52 mg/kg [43-fold higher than proposed human therapeutic dose]) QOD starting before cohabitation (males, 28 days; females, 15 days); during cohabitation (maximum of 21 days for both); and on gestation days 0, 3, 5, and 7 (females) or continuing through 1 to 2 days before euthanasia (males). Viability and other clinical observations (eg, abortion, premature delivery) during the fertility and embryo-fetal development studies were made twice and three times daily, respectively, for the study duration and once daily during the postdose period for female rats. After euthanasia (dosing days 64–67 [males] or gestation day 13 [females]), histopathologic evaluation of reproductive organs was performed.

An embryo-fetal reproductive toxicology study evaluated embryo-fetal development; presumed pregnant female Sprague-Dawley rats (25 per dose) received 0, 0.0145, 0.0435, or 0.13 mg/dose of IV CCH (0.52 mg/kg [43-fold higher than proposed human therapeutic dose]) once daily during presumed gestation, days 7 through 17. Viability and other clinical observations (eg, abortion, premature delivery) were made twice daily for the study duration and once daily during the postdose period. Rats were euthanized on gestation day 21, and histopathologic evaluation of reproductive organs and fetuses was performed.

Human Pharmacokinetics and Safety'
A total of 41 women were included in the safety and PK populations from the 3 studies (Table 1). There were no quantifiable plasma concentrations of AUX-I or AUX-II at any time point postdose for 39 evaluable women (2 individuals were excluded because of potential serum component interference with the enzyme-linked immunosorbent assay used). The most common treatment-emergent AEs were injection-site related (Table 2) and were mild or moderate in intensity. The majority of all treatment-related AEs resolved within 14 to 30 days. The 2 most common treatment-related AEs were injectionsite bruising (93 AEs) and injection-site pain (90 AEs), and overall these AEs resolved in approximately 21 and 14 days, respectively. No serious AEs were reported and no AEs resulted in discontinuation from any study.