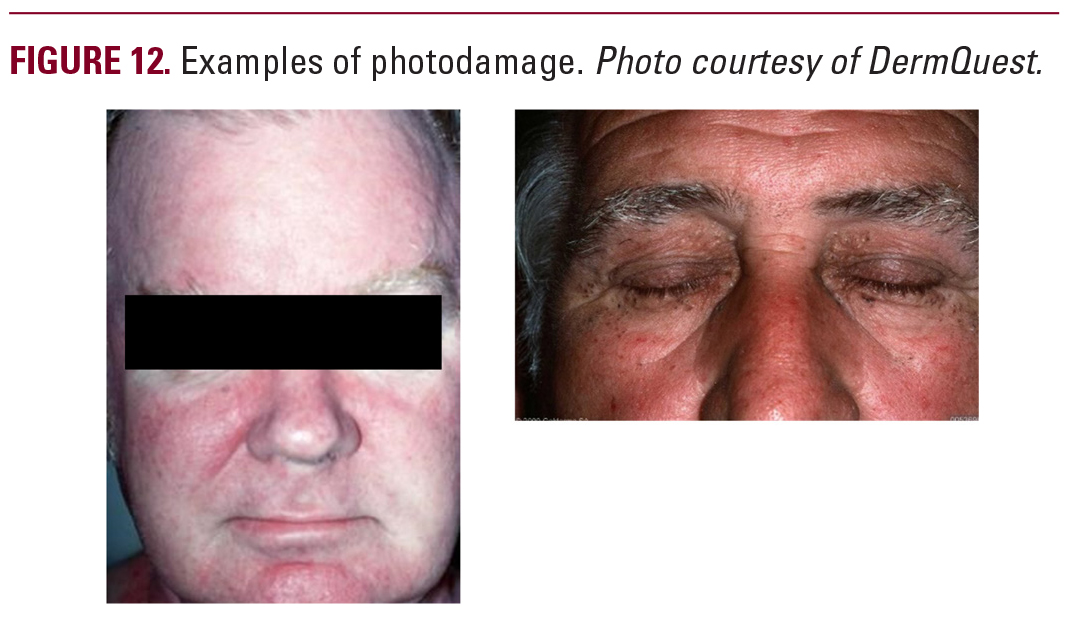 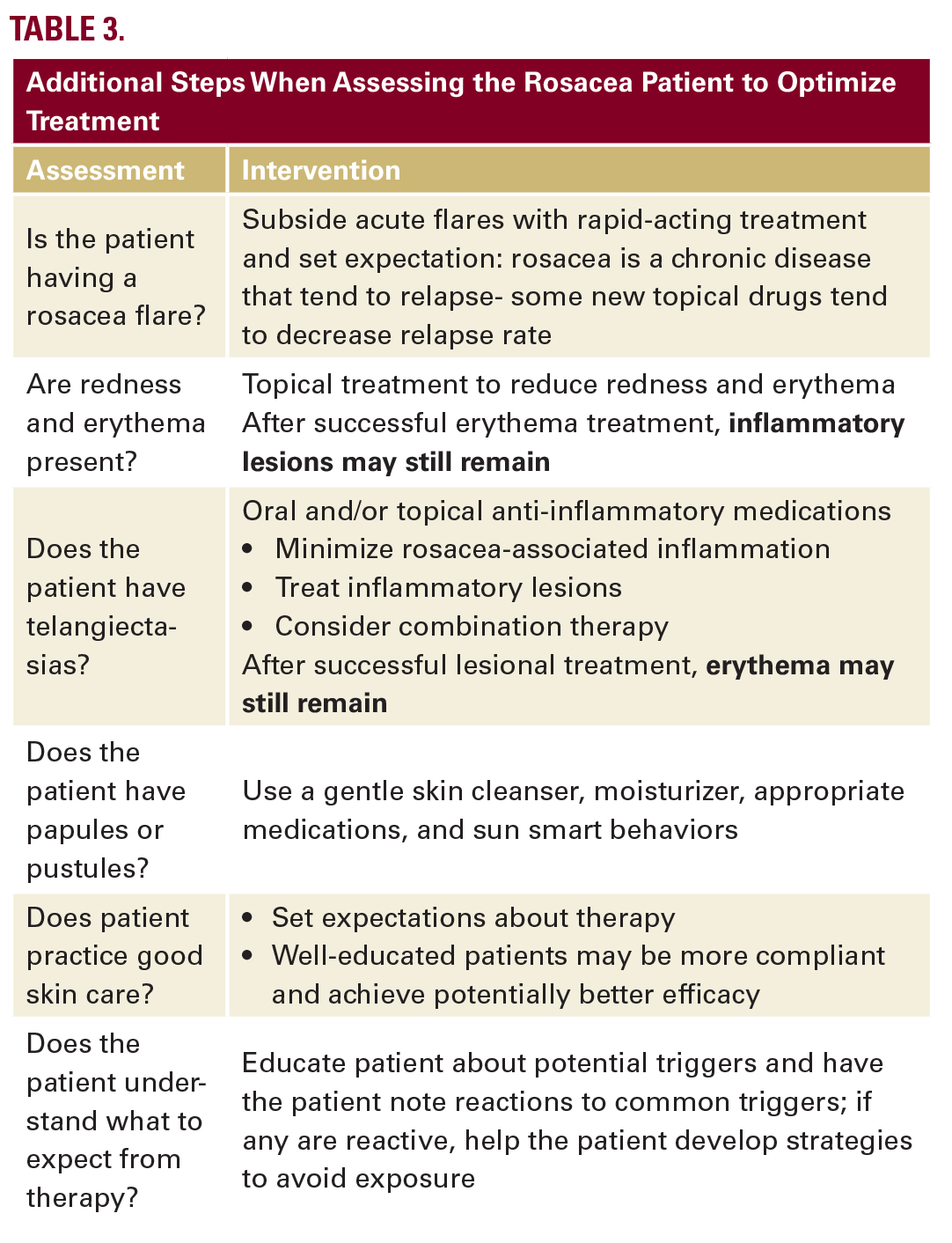 Atopic dermatitis (AD)
Atopic dermatitis most commonly affects children, often before their first birthday, but can also develop in adulthood (Figure 13).27 Atopic dermatitis occurs in 2-10% of the adult population. Symptoms include xerotic and/or pruritic skin that can be accompanied by erythema. Unlike rosacea, AD will affect any part of the body. AD typically is found on hands, insides of elbows, backs of knees in addition to face and scalp.27

Miscellaneous Diseases
That May Mimic Rosacea Psoriasis most often manifests as thick, red patches with silvery white scales on various areas of the body; however, erythrodermic psoriasis may cause facial redness and erythema that may look similar to rosacea. Pustular psoriasis may also appear similar when present on the face, but these may be accompanied by lesions on the palms of hands and soles of feet, which are not involved in rosacea. Impetigo, a skin infection due to Staphylococcus or Streptococcus, may cause lesions that look similar to rosacea when in adults; however, impetigo most typically affects children.28 Erysipelas, a superficial cellulitis involving the upper dermis, can cause facial redness. However, erysipelas usually presents rapidly, with spreading, painful well defined bright red lesions. Lower extremities are most often affected, but it can occur on the face. Unlike rosacea, facial erysipelas is often asymmetric and does not spare the nasolabial or periorbital areas.29

Additional general considerations when assessing a rosacea patient are shown in Table 3.

When Rosacea Is Diagnosed: Overview of Treatment Approach
For past decade, a subtype classification has been used, but now rosacea experts are advising a move toward a phenotype approach which allows better targeting of treatment.4, 5, 30 Assessment has also been challenging, since many assessment tools have grouped redness with lesions and these symptom types do not respond to same treatments or track in improvement. 5 With the introduction of several new products into the marketplace, more aspects of rosacea can be addressed. Thus, it is increasingly important to hone diagnostic and assessment skills. Recently, it has been shown that treating rosacea to complete clearance has an important beneficial impact on patient satisfaction and remission.31 Webster et al. compared results from patients who achieved an investigator global assessment