In Vitro and In Vivo Efficacy and Tolerability of a Non-Hydroquinone, Multi-Action Skin Tone Correcting Cream 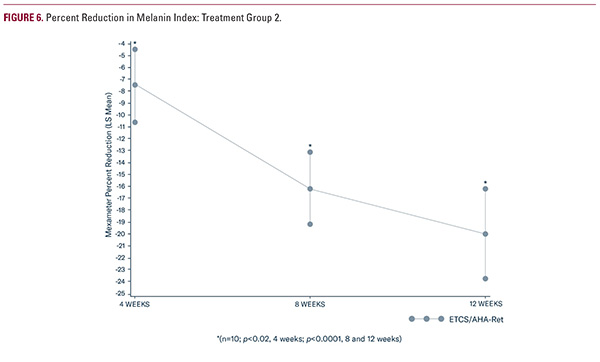 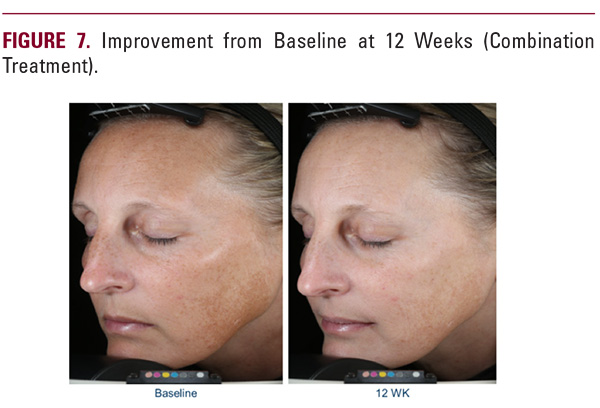 Subject Self-Assessments
High levels of satisfaction were reported by subjects in both treatment groups. At 12 weeks, nearly all subjects reported improved overall appearance of skin (98%), reduced appearance of uneven skin tone/discoloration (96%), lightened darker patches (96%), improved evenness of skin (96%), and improved overall skin tone (98%). Only 20% of subjects reported bright skin tone at the start of study, which increased to 62% after 12 weeks.

Tolerability
Treatments were well-tolerated with only mild, transient AEs reported. Two AEs occurred in subjects in the combination treatment group. AEs included blemishes (n=3), redness (n=3), irritation (n=1), dryness (n=1), oiliness (n=1) and tingling (n=1). No subject discontinued use of the study products or dropped out of the study owing to an AE.