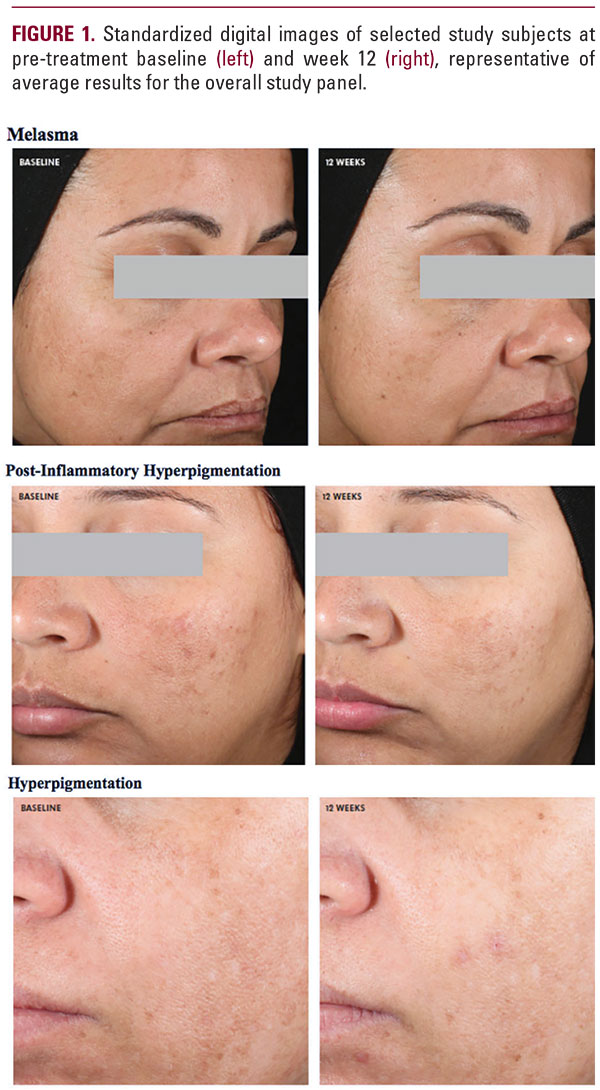 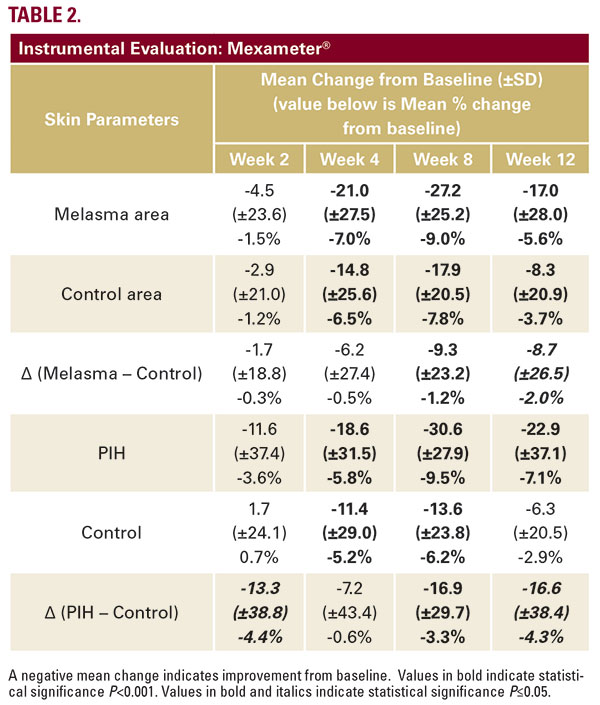 Similar results were observed for PIH. As early as 4 weeks, the melanin index of the lesional PIH skin significantly decreased, which continued through week 12. The perilesional normal skin (control site) also demonstrated a significant decrease in skin color with treatment at weeks 4 and 8. The decrease in MI was significantly greater in lesional PIH skin as compared to perilesional normal skin on week 2 (P=0.048), week 8 (P=0.002), and week 12 (P=0.014). The data demonstrates that the facial serum has greater efficacy on lesional PIH skin as compared to unaffected, normal skin.The erythema index (EI) showed no significant change at most time points for both melasma and PIH. A significant decrease in EI scores was observed at week 8 for both the lesional melasma skin and perilesional normal skin, and week 8 for the lesional PIH skin, respectively (data not shown). However, no significant changes in EI were achieved in lesional skin as compared to perilesional normal skin for both melasma and PIH.Self-Assessment QuestionnairesOverall satisfaction with the serum’s aesthetics and efficacy were significant at all time points (data not shown).Safety and Local intolerancesLocal cutaneous tolerability was acceptable (data not shown). Minor transient effects such as erythema (2/55), itching (1/55),pruritis (1/55), redness (1/55), or stinging (1/55) were observed during the course of the study. Local intolerances were transient and quickly resolved after the product application. From the dermatologist’s observation and conclusion, the product was considered to have very good tolerability and cutaneous acceptability.