Of the 11 subjects assessed, overall contour consistently improved in the body treatment with TriHex arm, with this differencepeaking at the 8-week visit. These subjects exhibited faster attainment of contour results equivalent to those obtained by the bland moisturizer group at 12 weeks (Figure 1A). Only at the 12-week assessment was there an inconsistency between subject and investigator assessments. The Investigator average score demonstrated a ‘catch-up’ of bland moisturizer at 12 weeks, whereas the subject average score did not indicate this. Although the bland moisturizer did make up the difference during the next 4 weeks when examining the final 24-week assessments, the body treatment with TriHex group maintained its apparent advantage over the bland moisturizer (Figure 1B).In addition, subject assessments reflected the same change in contour with maximum differences between the 2 groups evidentat week 8. The body product with TriHex was used on the left arm of both subjects (Figure 2A and B).

Blinded Investigator skin laxity assessments were completed at the same time periods using a skin laxity grading scale (Table 2),with investigators performing assessments by visually examining the subject during the visit and noting the level of severity. Related to the table, the lower the score, the better the perceived result. In most investigator time point assessments of average subject scores, the body treatment with TriHex treated side showed improved skin tone with less skin laxity compared to control (Figure 3). 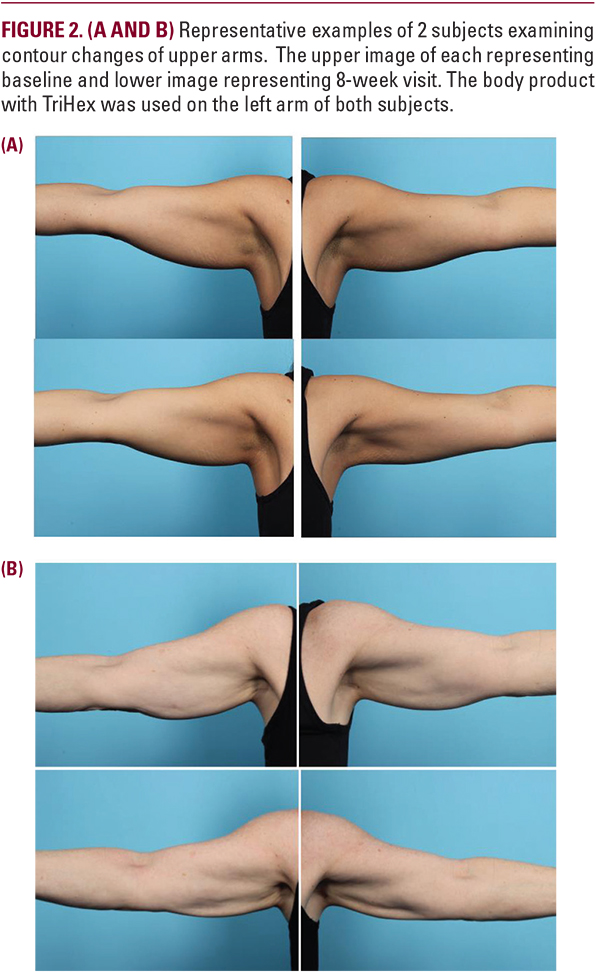 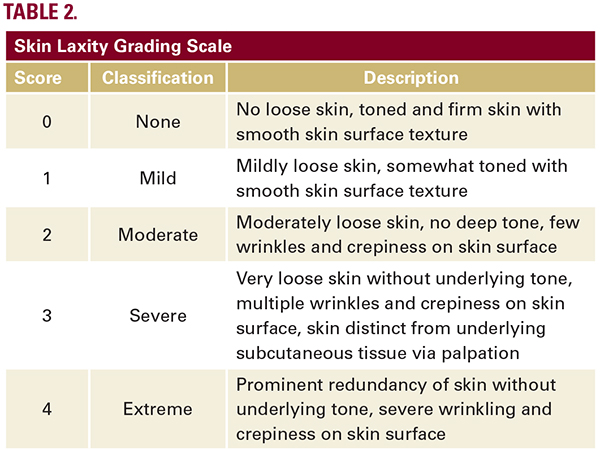 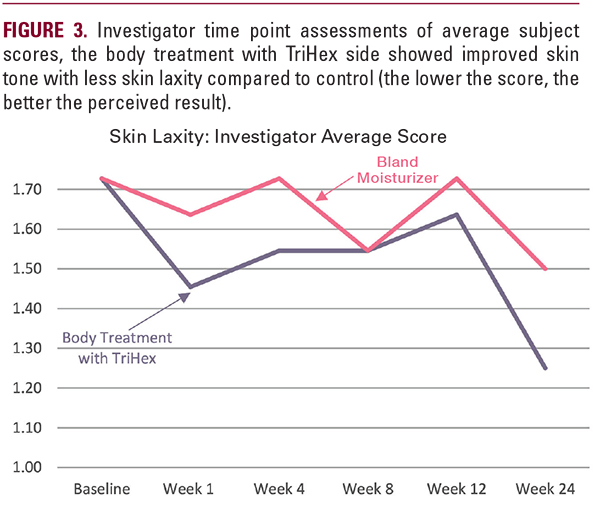