The Practice of Compounding, Associated Compounding Regulations, and the Impact on Dermatologists

are adopting USP General Chapter <797> revisions before they are finalized. Furthermore, physicians may be subject to more restrictive requirements set forth in the FDA’s draft guidance on insanitary conditions if prematurely adopted by state pharmacy boards. The impetus for these moves by the FDA resulted from dead insects and dog hairs being discovered near sterile compounding rooms at various compounding facilities. In the FDA’s draft guidance document, there are several examples of what may be considered insanitary conditions, such as performing aseptic manipulations outside a laminar flow hood, putting on gown apparel improperly, or having loose ceiling tiles.21 If implemented, it would essentially make in office compounding prohibitive for the majority of practitioners.While state pharmacy board regulations typically pertain only to pharmacists and compounding facilities, at least one state is extending its policies to physicians. The State of Ohio Board of Pharmacy enacted new sanctions on physician compounding in April 2017, which has hindered dermatologists’ ability to provide care for their patients. The new law requires a “Terminal Distributor of Dangerous Drugs” license for physicians who compound two or more prescription medications in-office. In addition, the rule outlines the requirements for prescribers compounding drug products. For example, non-hazardous drugs used within 6 hours of preparation (eg, lidocaine mixtures) must be prepared using aseptic technique with proper hand hygiene and powder-free gloves in a designated clean medication area.22 In contrast, the State of California requires that such medications be used within a 1 hour time frame, but currently does not require a license.23 In further contrast, the state of NY allows for compounding of medications based on the most restrictive use requirements of the components mixed together as opposed to an arbitrary time limit. In other words, if one component has an in-use time of 12 hours and another has an in-use time of 6 hours, then the compounded medications must be used within 6 hours of mixing.24 Thus, compounding restrictions by the states vary widely with little consistency as to the rationale behind the restrictions. In addition, Isedeh et al noted that if physicians fall subject to the same rules and regulations imposed on compounding pharmacies, then most dermatology offices would 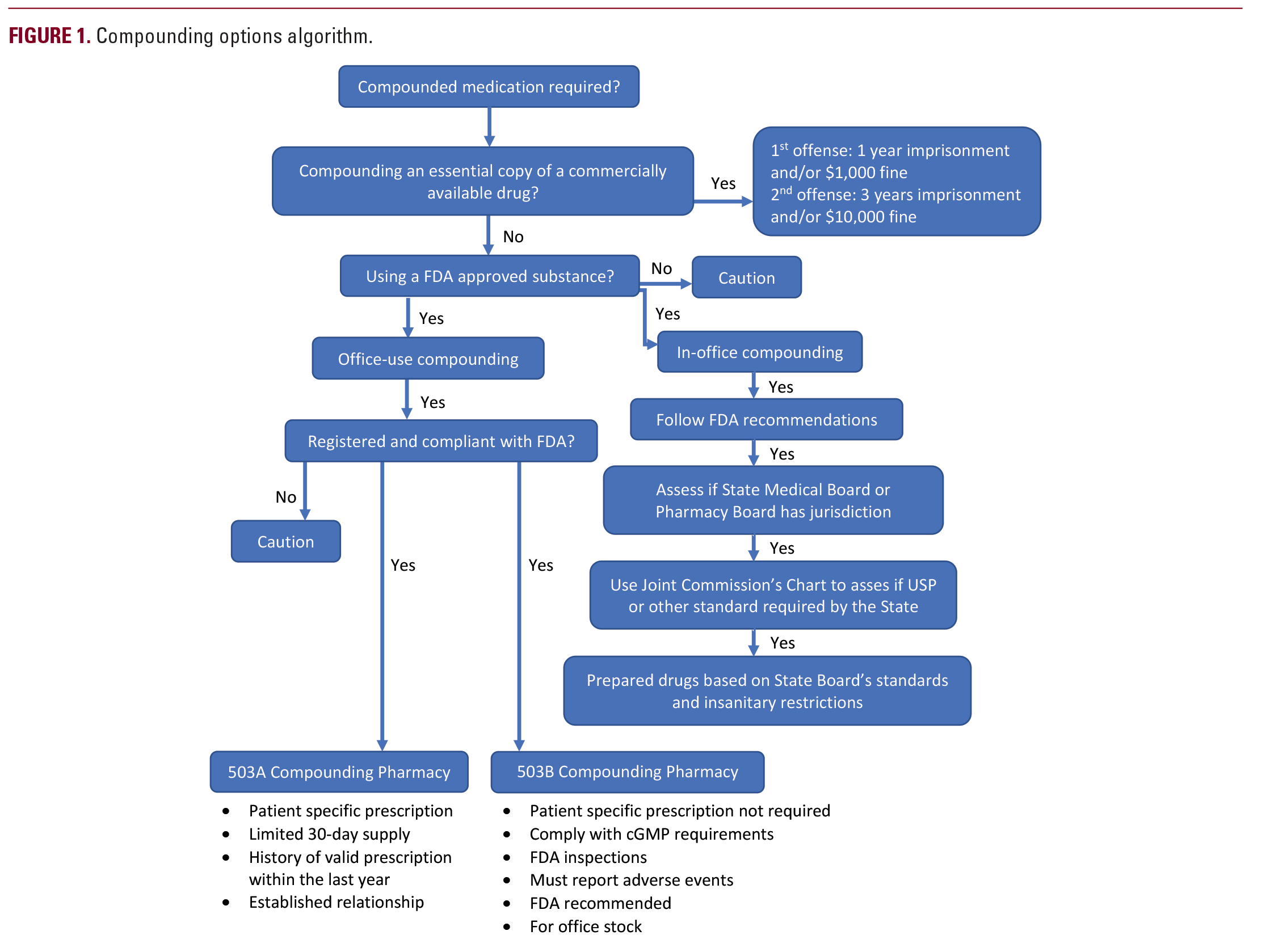