Safety and Efficacy of a Fixed Combination Halobetasol and Tazarotene Lotion in the Treatment of Moderate-to-Severe Plaque Psoriasis: A Pooled Analysis of Two Phase 3 Studies 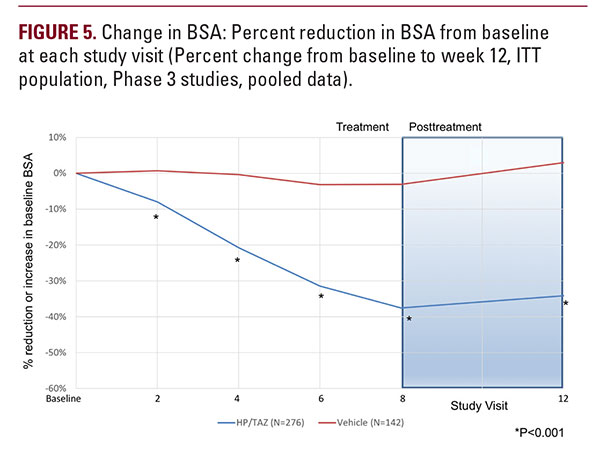 majority of HP/TAZ subjects (85.6%) had AEs which were mild or moderate. Just over half of the HP/TAZ subjects (56.7%) had AEs, which were felt to be treatment related. Most common treatmentrelated AEs were contact dermatitis (6.3%), pruritus (2.2%), and application site pain (2.6%). AEs such as skin atrophy, telangiectasia, or folliculitis were minimal and sporadic, and not consistent. Only three subjects reported serious AEs (SAEs) following HP/TAZ treatment (1.1%). None of the SAEs were treatment-related (cellulitis staphylococcal, pneumonia/asthma, and anemia). There was no death reported in either study.

Plaque psoriasis is a chronic condition. Despite the robust data demonstrating the utility of topical steroids and tazarotene for the treatment of psoriasis, the use of this combination has not been widely adopted and has largely been forgotten. Many of us who treat patients with psoriasis find combination products much easier to use for our patients with enhanced efficacyand better access as a single prescription. The rationale behind the development of a halobetasol propionate 0.01% and tazarotene 0.045% (HP/TAZ) fixed combination lotion was to provide optimal topical treatment for moderate-to-severe psoriasis: providing synergistic efficacy, reducing or minimizing the irritant effect of tazarotene and the local cutaneous AEs with halobetasol (such as skin atrophy, telangiectasia), allowing for the potential of prolonged use beyond 2-4 weeks; in a light, aesthetically pleasing lotion formulation that patients would prefer. 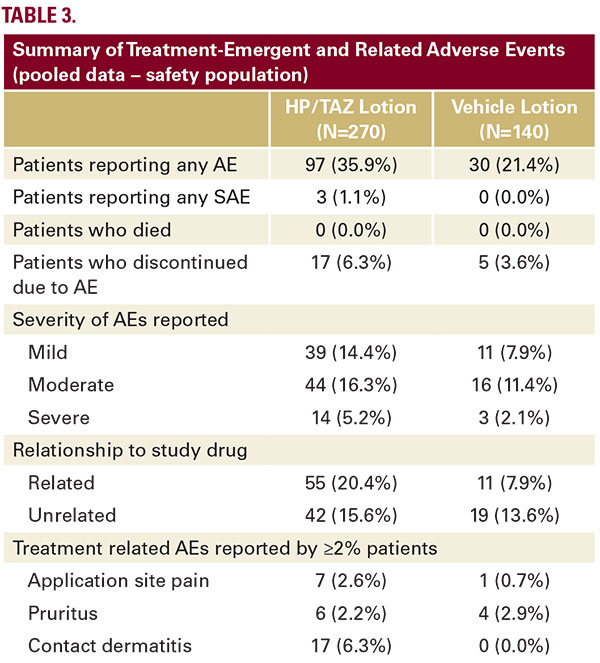 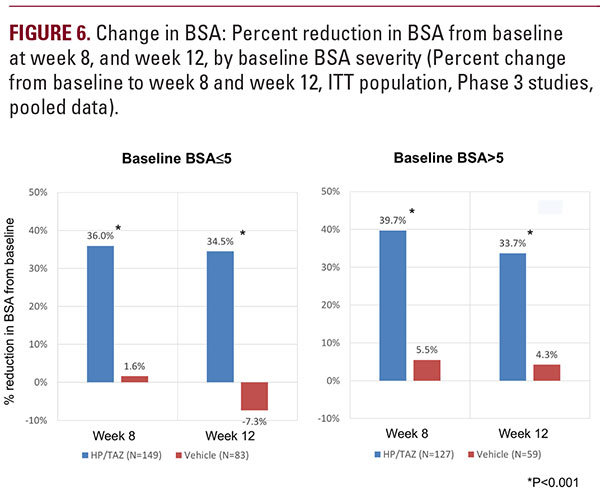