severity, seriousness, causal relationship to the study medication, and the course of action taken.

Analyses of efficacy endpoints were based on data from subjects who completed the study. All statistical tests were two-sided and interpreted at a 5% significance level. Changes in FIGA as well as total, inflammatory, and non-inflammatory lesion count were evaluated using the Wilcoxon signed-rank test. The incidence and severity of all adverse and/or unexpected events was tabulated and classified by intensity and relationship to the study medication.

Twenty subjects with moderate-to-severe facial acne vulgaris were enrolled (Table 4). The average age was 26 years, with ages ranging from 18 to 39 years. All subjects were female, of 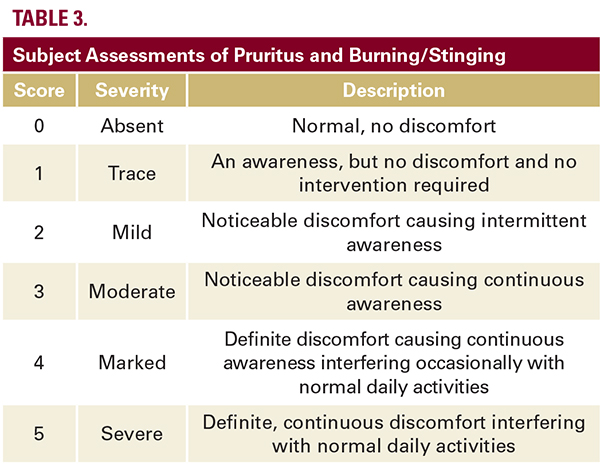 which 75% were white, 20% were black, and 5% were of mixed race. All study subjects were treated with azelaic acid 15% foam for 16 weeks. All subjects completed the 16-week study period, with the exception of 1 subject who was lost to follow-up (moved away) after week 8. 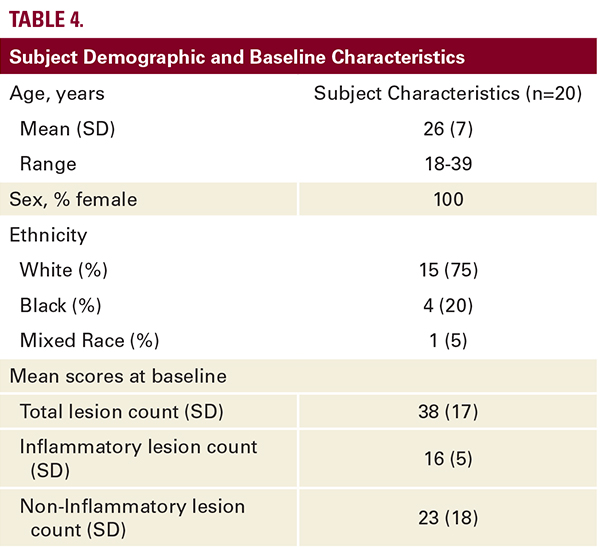