A Six-Month, Randomized, Double-Blind, Placebo-Controlled Study Evaluating the Safety and Efficacy of a Nutraceutical Supplement for Promoting Hair Growth in Women With Self-Perceived Thinning Hair 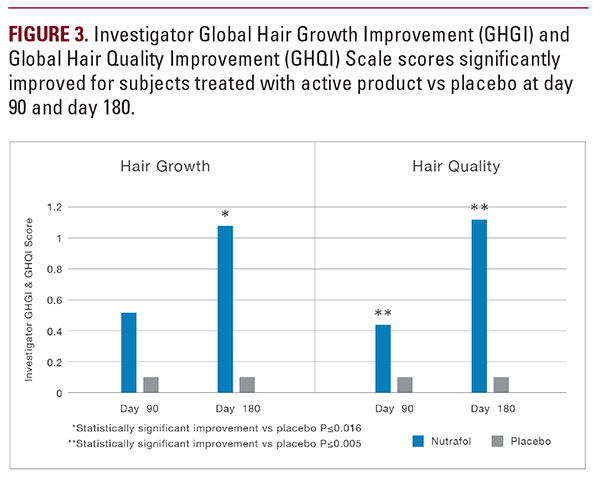 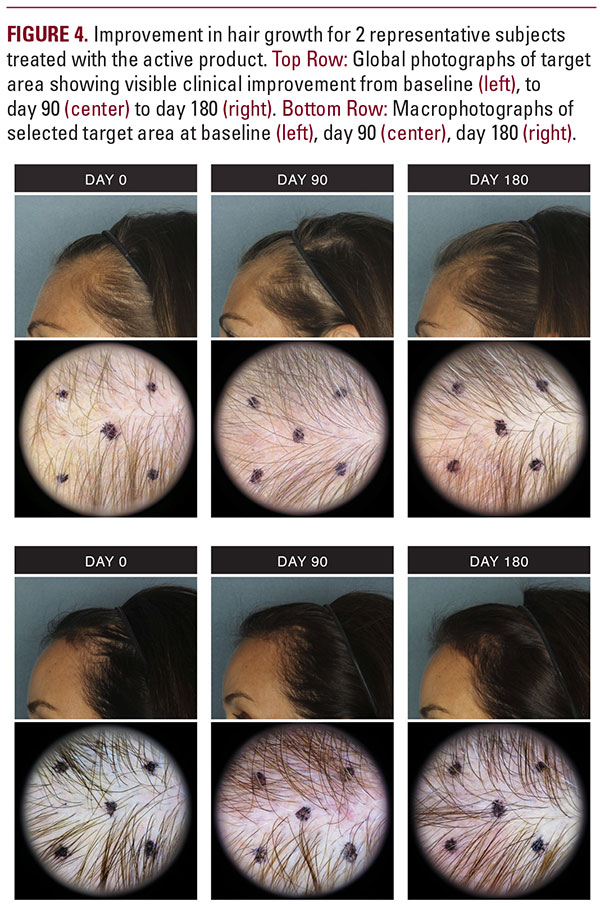 in the target area, HMI, or mean hair diameter measurements. The 2 groups did not demonstrate any significant differences in lifestyle attributes or baseline mental attitude qualities except for a higher level of stress among subjects in the placebo group (42.3% vs 78.6%; P equals 0.028). All the significant findings reported below were unchanged even after controlling for their initial level of stress using repeated measures (RM)-ANOVA.