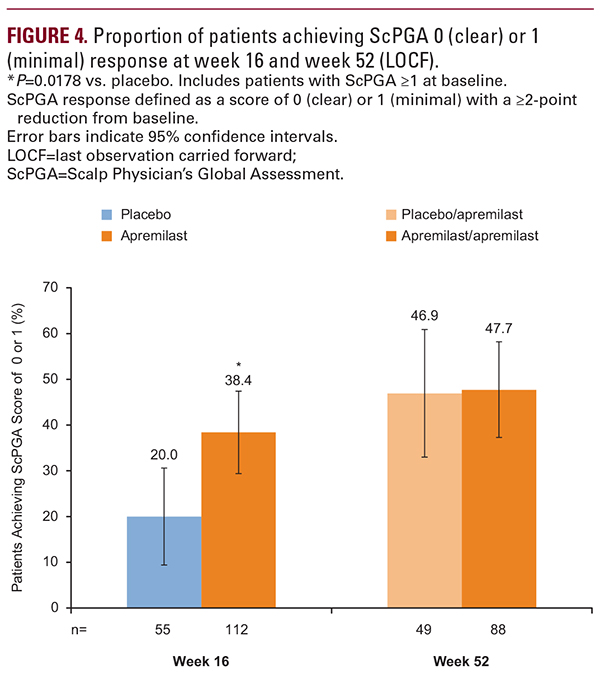 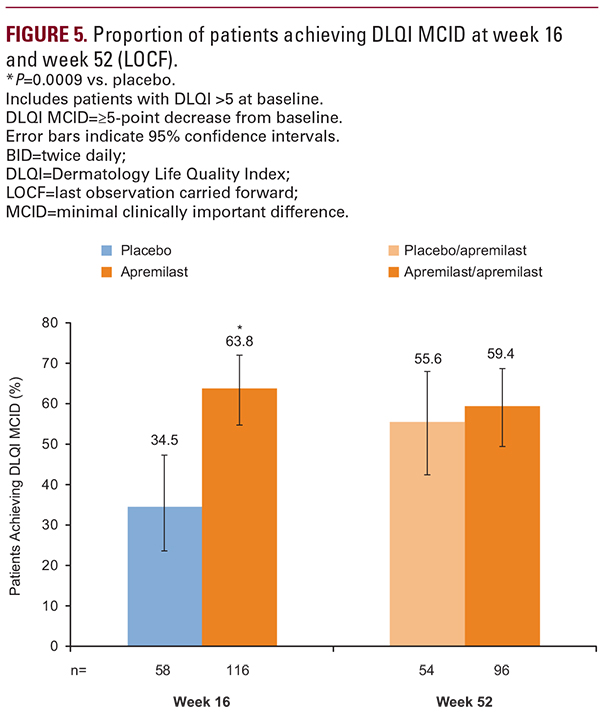 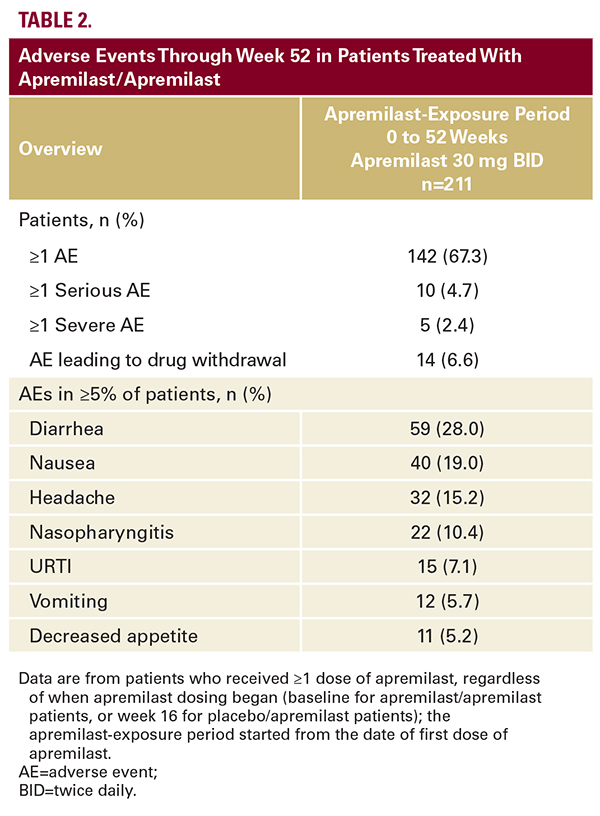 The safety profile of apremilast over 52 weeks in the UNVEIL patient population was generally similar to that observed in the placebo-controlled period10 as well as with longer-term treatment in phase III studies, described previously.8,9,20,21 Rates of severe AEs and serious AEs were low, as was the rate of treatment discontinuation due to an AE (6.6%). Of note, over the full 52-week apremilast-exposure period, rates of spontaneously reported diarrhea (28%) and protocol-defined diarrhea (22%) were higher than what has been reported in other apremilast studies (14.0% to 19.2%).8,9,20,21 Awareness among physicians and patients that diarrhea is a recognized AE with apremilast may have increased the likelihood of patients reporting the event. Patients who are more susceptible to complications of diarrhea or vomiting should be monitored. Also of note, 1 patient (in the apremilast/apremilast group) reported suicidal ideation that was considered related to study treatment. All patients should be monitored for changes in mood or presence of depressive symptoms while receiving apremilast treatment.3Study limitations of note were that during weeks 16 to 52, apremilast treatment was open-label, and therefore efficacy ratings may reflect some unknown degree of positive bias on the part of patients or dermatologists. However, symptom improvement was similar to that reported in other controlled studies of apremilast in patients with psoriasis.8,9,22 In addition, study results are for 52 weeks, and efficacy and safety of longer-term apremilast