Current findings from UNVEIL demonstrate that systemic- and biologic-naive patients with moderate psoriasis (BSA 5%–10%) experienced sustained improvement in their signs and symptoms for up to 52 weeks of treatment with apremilast. At week 52, PGAxBSA scores were reduced from baseline by 55.5% in patients receiving apremilast throughout the study and by 42.2% in patients initially randomized to placebo who switched to apremilast at week 16. Lasting improvements in pruritus were observed; both treatment groups reported a reduction from baseline pruritus >20 mm. Patients experienced sustained improvements in scalp and nail involvement, considered difficult-to-treat manifestations of psoriasis,14-16 with continued apremilast treatment to week 52. Improvements in QOL were sustained and treatment satisfaction remained high over 52 weeks. Safety and tolerability were consistent with the known safety profile of apremilast. The findings from this study in the moderate population are consistent with the sustained efficacy of apremilast demonstrated in 2 large phase III, randomized studies in patients with moderate to severe psoriasis (ESTEEM 1 and 2).8,9As noted in the primary report of the 16-week UNVEIL findings,10 among patients with moderate psoriasis and lower BSA, baseline DLQI scores were indicative of significant QOL impairments associated with psoriatic disease, similar to those reported in the ESTEEM 1 study in patients with more severe disease (~12.0).8 In UNVEIL, the level of patient-reported QOL impairment at baseline, as assessed by DLQI (~11.0), highlights the potential for dermatologists to underestimate the impact of psoriasis on patients’ QOL. This may be due to scalp and nail lesions that contribute to the limited BSA but may be embarrassing and respond poorly to treatment, in addition to non-observable symptoms such as pain and pruritus, which can limit normal function and interfere with sleep.17-19 Non-observable symptoms such as pruritus may contribute to poor QOL in patients with mild disease and patients with severe disease.19 Patients with less severe disease involvement based on standard measures of severity (eg, PASI, BSA) are often undertreated with topical monotherapy or receive no treatment.5,6 Findings from the extension phase of this study demonstrate that apremilast may be a suitable long-term option for patients with lower BSA involvement. 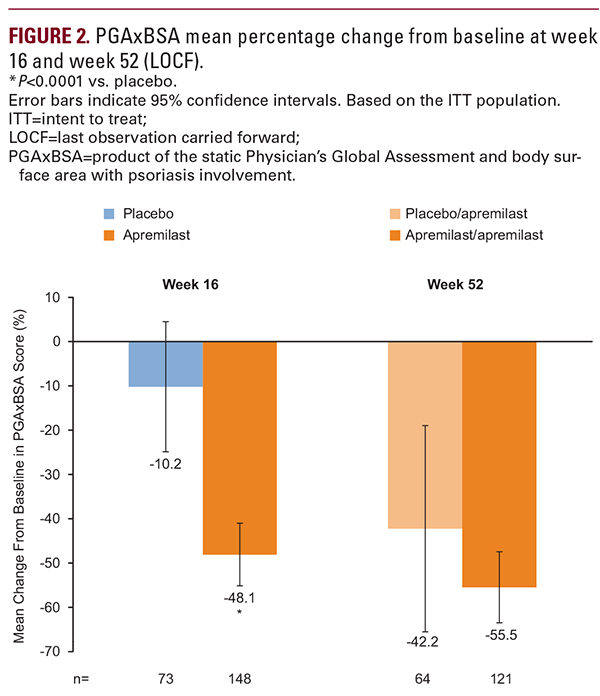 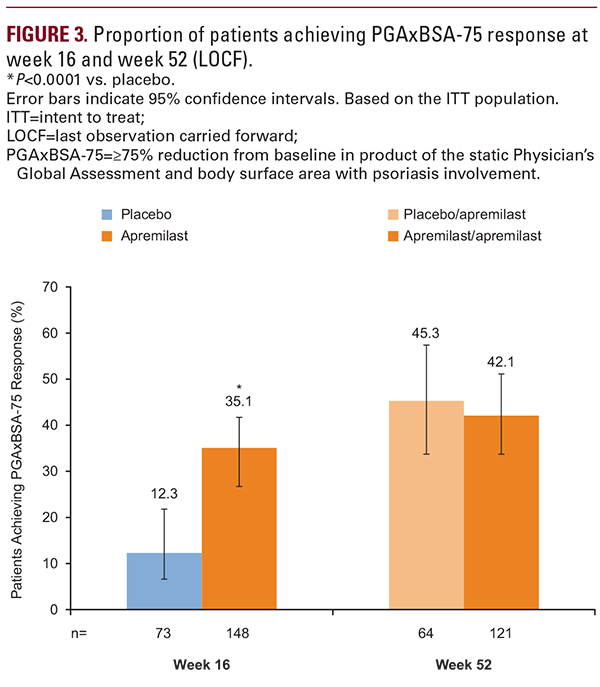