Safety and Tolerability of Ixekizumab: Integrated Analysis of Injection-Site Reactions from 11 Clinical Trials

baseline. Frequencies and 95% confidence intervals (CIs) of treatment-emergent injection-site reactions are presented for the treatment groups for the PPC, PAC, and AP analysis sets. The 95% CIs of the frequencies were calculated based on binomial distributions. Treatment comparisons for frequencies were analyzed for PPC and PAC analysis sets using the Cochran-Mantel-Haenszel test stratified by study. Frequencies of treatment-emergent injection-site reactions are also presented by race, for those with or without previous biologic experience, and for those with or without treatment-emergent antidrug antibody (TE-ADA) positive status. A TE-ADA positive patient was defined as having a post-baseline antibody titer with a ≥4-fold increase over a positive baseline antibody titer (Tier 3) or an increase from a negative baseline titer to a level of ≥1:10. Frequencies included any injection-site reaction reported within (±)14 days of a positive TE-ADA result. 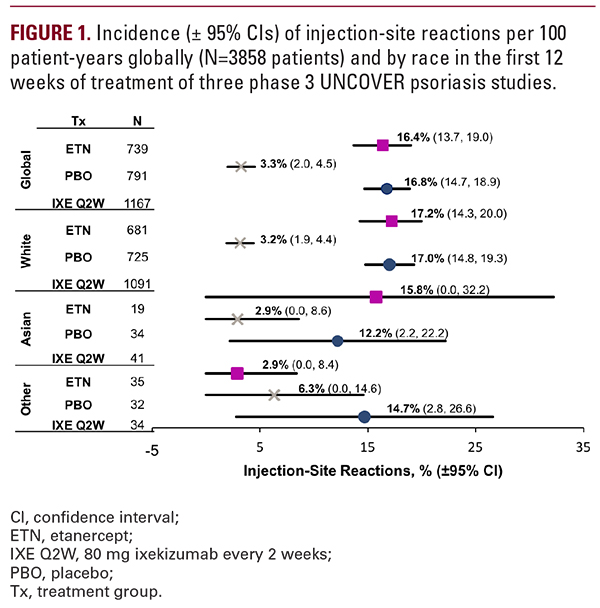 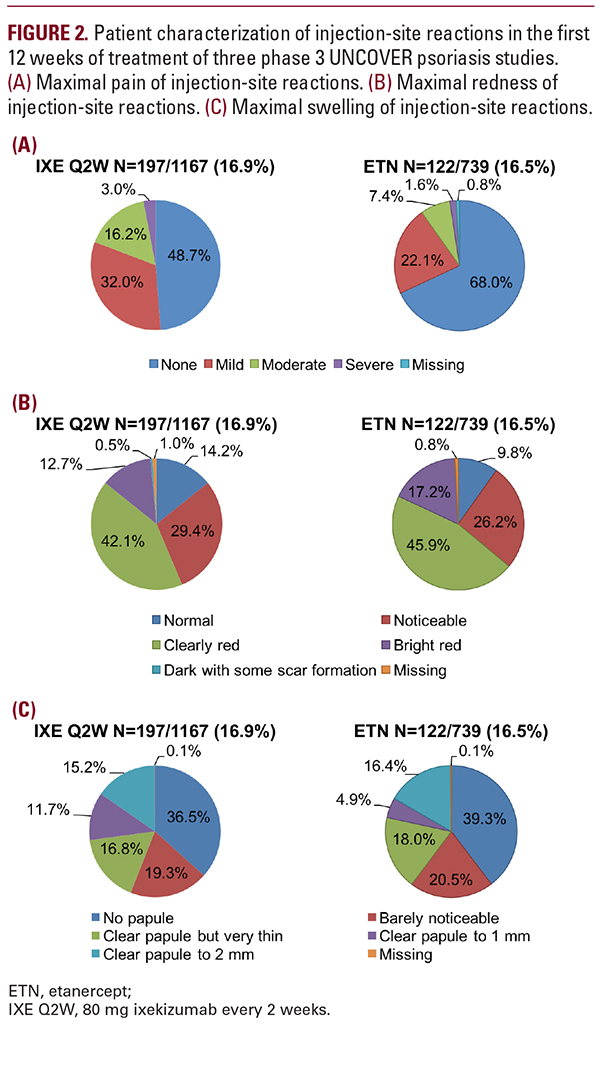