Efficacy and Safety of Apremilast in Patients With Moderate Plaque Psoriasis With Lower BSA: Week 16 Results from the UNVEIL Study 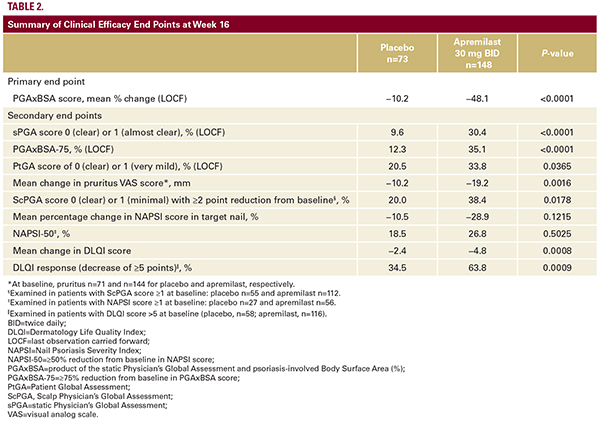 systemic and biologic therapies. Findings are consistent with the demonstrated efficacy of apremilast in large randomized phase III studies (ESTEEM 1 and 2) in patients with moderate to severe psoriasis (BSA ≥10%).11,12 Findings from this study, however, illustrate the difficulty in assessing response to therapy in patients with more moderate psoriasis, likely due to the milder disease at baseline compared with patients with moderate to severe disease. In ESTEEM 1, the patient population had more severe disease at baseline with a higher mean PASI score (~19), higher mean BSA (~25%), and more severe disease symptoms (mean pruritus VAS score ~66 mm) compared with the population in the current study. Despite more moderate disease, DLQI scores at baseline were indicative of significant QOL impairments associated with psoriasis in this population. Baseline DLQI scores in the UNVEIL population (~11.0) were similar to those in ESTEEM 1 (~12.0), which included patients with more severe disease.11 In the current study, apremilast significantly improved QOL and pruritus. In line with QOL findings, patients in UNVEIL reported satisfaction with effectiveness, safety, and convenience of apremilast. TSQM assessments showed global satisfaction and effectiveness were significantly better with apremilast compared with placebo; moreover, patient satisfaction as related to convenience and side effects among patients receiving apremilast was similar to that in patients receiving placebo. This is the first time patient satisfaction with apremilast has been assessed in a prospective randomized, controlled trial. Improvement in QOL and patient satisfaction with treatment may be important in treating patients 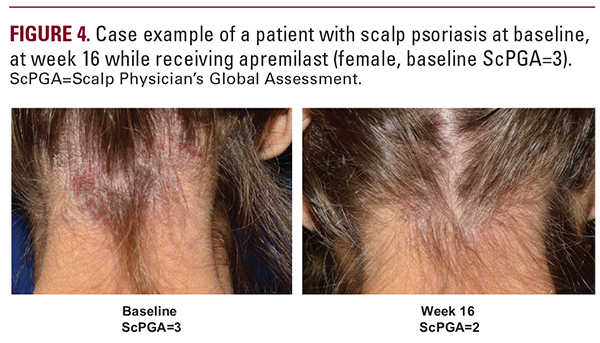