Current Trends in Skin of Color 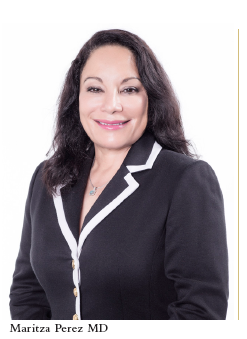 The term ‘skin of color’ originated in an effort to differentiate the biology and skin reactions of darker skin toned patients in comparison to patients with white skin. People with skin of color respond to sun exposure with increased production of pigment known as melanogenesis more than Caucasians, and also respond to skin injury and inflammation with increased pigment production. However, these differences represent only the color of the skin and have no relation to race and ancestry. Because humans have mixed freely and extensively, it is believed that they share a common genetic pool. However, they do not necessarily share the same ethnicity. Even though the terms 'race' and 'ethnicity' have been used interchangeably, ethnicity refers to a group of people who share a common culture, language, religion, history, place of origin, and other identification sources, regardless of race and ancestry.
In this issue, we will consider skin conditions prevalent in 'Hispanic' and 'Latino' skin. These terms, while often used interchangeably, are slightly different. In general, the term Hispanic refers to people with origins in Spanish-speaking countries. The term Latino or Latina, on the other hand, refers more specifically to people with roots in Latin America. The terms mostly overlap, but not completely. The term Hispanic was introduced in the US 1970 Census as a generic term to refer to a population of Spanish-speaking households.1 The US Government then officially adopted the term in 1997 as the ethno term referring to anyone of Spanish descent, speech, or ancestry, non race related. Because Brazilians speak Portuguese, they are excluded from this classification. In the Census of 2010, the definition of Hispanic or Latino origin refers to a person of Cuban, Mexican, Puerto Rican, South and Central American, or other Spanish culture origin, regardless of race.2 According to the 2010 Census, 16% of the US population is of Hispanic/Latino origin compared with 13% of the US population measured by the 2000 census. Mexicans account for three quarters of the increase in Hispanic population, while Puerto Ricans represent 36%, Cubans 44%, and others 22%, respectively. About three quarters of the Hispanic population in the US today belong to the first three groups, two-thirds of them are US-born.
While it is true that people with very light skin have the highest risk for skin cancer, people of color can develop skin cancer, too. People who identify as Hispanic and Latino, in fact, can be any race or mix of races and may have any color of skin. It all started when Christopher Columbus, an Italian, set sail from Spain with Spanish crew members and arrived in 1492 at various islands in the 'New World,' which at that time was mainly the Caribbean. Spaniard Ponce de León joined Columbus on his next voyage, looking for gold and the mythical fountain of youth, and the voyage ended in Florida. These exploration voyages led the way for European colonization, and soon waves of immigrants started arriving in Central and South America and eventually, North America, including Italians, Germans, and Portuguese. Others arrived from Africa, China, and Japan. Many of the immigrants mixed with the indigenous people and the ethnic pool became a melting pot. So, the genetics for light skin and risk for sun damage were woven into the culture along with the genetics for darker skin and greater natural protection against sun damage.
In 2012, the total number of patients treated for non-melanoma skin cancer (NMSC) in the US was estimated to be 3.3 million.3 The only study available on the incidence of NMSC in Hispanics is a small 5-year retrospective study in one San Diego center that looked at Hispanic, Asian, and Caucasian patients. While the incidence of NMSC was much higher in Caucasians, the researchers found that the Hispanic patients were diagnosed at a significantly younger age (62 vs 70), and had more skin cancers in the “central face” area.4 Basal cell carcinomas (BCC) are the most common skin cancer in Caucasian, Hispanics, Chinese Asians, and Japanese populations. An estimated 2.8 million are diagnosed annually. The incidence of BCC in Hispanics is 50-171/100,000 compared to 185-340/100,000 in Caucasians and 1/100,000 in blacks.5 A study published in 2001, showed that the incidence of BCC in this population is significantly increasing in Arizona and New Mexico.6 Squamous cell carcinomas (SCC) are the second most common skin cancer in Caucasians, Hispanics, Chinese, and Japanese populations. Again, the incidence of Hispanics developing SCC (14-33/100,000) lies between Caucasians (17-360/100,000) and blacks (3/100,000). Malignant melanoma (MM) is the third most common malignancy of the skin in Caucasians (18-19/100,000), Hispanics (4.7/100,000), and Asians and African Americans (0.5-1.5/100,000). Anatomically, MM are more commonly found on the trunk for whites, while lower limbs and hips were the predominant sites for African-Americans. For Hispanics, MM on the trunk and lower extremities and hip were similarly distributed. The most common pathology found in Hispanics and Caucasians is superficial spreading of melanoma and the most common for African-Americans, Puerto Ricans, and Japanese populations is acral lentiginous melanoma (ALM). In the past two decades, the incidence of MM has increased 20% in the Hispanic population.7 Hispanics present at a younger age with thicker tumors (> 1mm; 35% vs 25%, respectively), regional involvement (12% vs 8%, respectively), distant metastasis (7% vs 4%, respectively), and have the worst survival rate as compared with non-Hispanic whites. Poor survival rates might also be related to the fact the 5- and 10- year