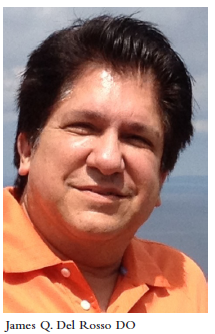 Dermatologists are very aware of the importance of outlining a management plan for acne and rosacea that achieves initial control of the disorder followed by transition to a regimen that sustains control of the disease. This requires a sequence of visits that allows for adjustments in therapy to assure that the regimen is effective, skin tolerability reactions are prevented and/or minimized, and that any side effects are detected and avoided. As both acne and rosacea are chronic in nature and associated with periods or exacerbation, successful management requires commitment and adequate follow-up by the patient.
Unfortunately, we are experiencing a time when a greater percentage of the cost of physician visits and the cost of medications is being transferred to the patients. This results in patients wanting quick results from the dermatologist’s regimen, even when this desire is not achievable due to the nature of their condition, and leads to patients prolonging the duration between visits. In this issue, the article by Huang showed that among 1804 patients who had multiple visits for acne, the mean duration between visits was approximately 9.5 months (286 days). This prolonged time period is not consistent with the type of follow-up that is generally needed to effectively manage acne in many patients. In addition, 25% and 50% of patients ceased seeing a dermatologist within 3 months and 6 months, respectively, suggesting that following up with a dermatologist for acne is a concept that is being threatened by a variety of potential factors. Although satisfaction with the clinician or the regimen both have to be considered as contributory factors in some patients, outside forces that relate to financial considerations are very likely to play a major role, including for patients who are insured. Dermatologists must remain cognizant of the outside forces that can easily undermine their ability to sustain access to their patients.
Also in this issue, cutaneous tolerability to acne medications is the subject of two articles, one by Webster and one by Bartlett et al. Webster reports that the relative potential for skin tolerability reactions to tretinoin is not affected by skin color based on Fitzpatrick Skin Type. This is an important observation as some clinicians are hesitant when treating darker skin patients with a topical retinoid due to fear of skin irritation. Bartlett et al, in a review of multiple studies of topical antimicrobials for acne, noted favorable tolerability of topical antimicrobials used to treat acne, and the lack of correlation between the degree of tolerability measures and study discontinuations. These conclusions are encouraging as they suggest that most patients are not experiencing significant tolerability reactions, at least when applying formulations used in the clinical trials. The majority of the products containing the topical antimicrobials that were assessed in this thorough literature review by Bartlett et al were brand formulations and vehicles as they comprise the majority of what is used in published clinical trials.
I hope that this Acne & Rosacea issue of the Journal of Drugs in Dermatology proves to be both academically interesting and of value in the clinical setting when managing patients. It has once again been a pleasure to serve as guest editor of this issue. Thank you to the staff at JDD who provided superb assistance in organizing this issue. Be well!
Sincerely,
James Q. Del Rosso DO
Guest Editor