Comparison of the Effects of Contractubex® Gel in an Experimental Model of Scar Formation in Rats: An Immunohistochemical and Ultrastructural Study 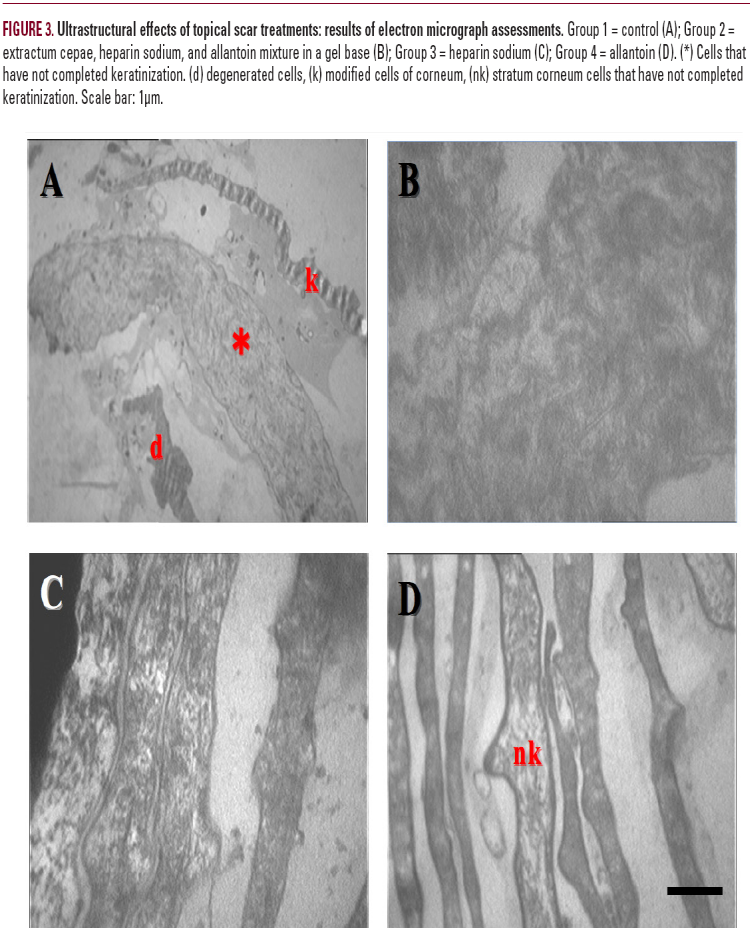 Ho et al. showed that extractum cepae-heparin sodium-allantoin mixture reduced the risk of scarring significantly in Chinese patients having laser removal of tattoos.24 In a study which was carried out by Maragakis et al., it was shown that early treatment with Contractubex gel is suitable for reducing the risk of developing pathological scars after thoracic surgery.8 In addition, it is well tolerated and permanently improves the appearance of scars. Sigrist treated facial acne scars with microdermabrasion, after which interval and follow-up treatment with Contractubex gel was performed.25 Subjectively, Contractubex gel resulted in a more rapid disappearance of the residual erythema in all cases and in satisfactory skin care.25 Willital and Heine concluded that topical Contractubex gel treatment is efficacious both in minimizing the severity of excessive scar formation and in reducing the scar size after surgical incisions, as well as in promoting the paling of the scar erythema.5 However, Chung et al. treated 24 patients with onion extract and petrolatum emollient on new surgical scars and found no statistically significant difference between the two treatment groups.26
In their study, Hosnuter et al. evaluated the efficacy of onion extract, silicon sheet gel, and the combination of these two agents on hypertrophic and keloid scars in 60 patients. They found that onion extract should be used in combination with an occlusive silicon dressing to achieve a satisfying decrease in scar height.27 In an open, randomized, controlled, comparative study, Koc et al. compared intralesional triamcinolone acetonide alone and combined with onion extract in keloidal and hypertrophic scars of 27 patients. They concluded that combined with onion extract gel, intralesional triamcinolone acetonide appeared to be superior to triamcinolone acetonide alone in the treatment of keloids and hypertrophic scars.4